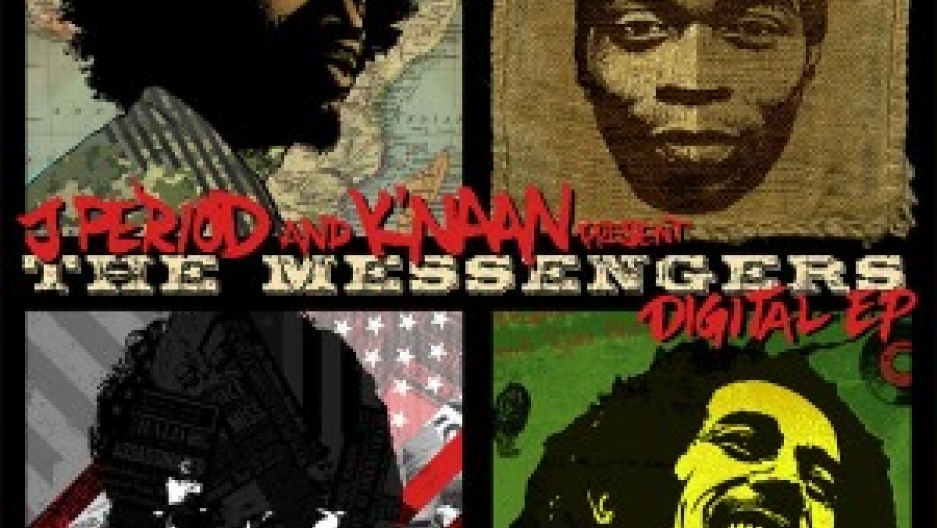 I recently discovered The Messengers, the amazing remix project by hip hop artist K'NAAN and producer J.Period. The collection is a tribute to musical greats Fela Kuti, Bob Marley, and Bob Dylan. On the track 'Messengers and Prophets,' K'NAAN explains why he chose the artists: 'Who has a message? Who has something to say to us? Who has a way to propel us? I feel like Fela Kuti did. I feel like Bob Marley did. I feel like Bob Dylan. And I hope I do.'

The 34-song tribute weaves new lyrics with the decades-old music in surprising, inventive ways. Added to that mix are archived interviews of the three music giants, as well as K'NAAN's own stories about discovering the genius of their music. The resulting new songs prove stronger than their individual parts.

Studio 360 first talked to K'NAAN in 2007 about learning English from the songs of rappers Eric B. and Rakim -- and how growing up in Somalia, the so-called "nation of poets," seeps into his hip hop:

You can hear the entire mixtape here.