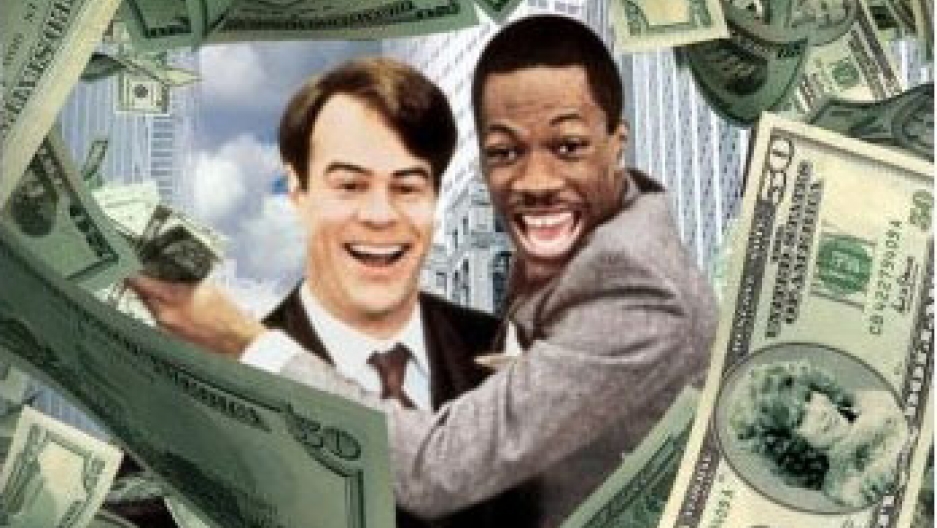 Hollywood is no stranger to stories of Wall Street: from references to the Depression in the classic Gold Diggers, to botched commodities trading in 1983's Trading Places, to Oliver Stone's Wall Street 2, due out later this year. Now it seems investors are returning the favor, looking to Hollywood for a new kind of investment opportunity.

Today the Commodities Futures Trading Commission may approve the first exchange tied to the performance of films. Other Hollywood-based exchanges are lined up to follow. If approved, these exchanges would allow investors to speculate on box office returns. Essentially, a film would be issued as a commodity at a certain price, based on its expected financial performance. If investors think the movie will do better than that price, they can buy in. If they think the movie will flop, they can short sell, driving the price down.

Cantor's real Hollywood exchange is set to launch later this month. But not everyone is pleased. Film studios are lobbying Congress to stop the exchanges. And business columnist Steven Pearlstein fears that the exchange would be 'an obvious invitation to trading with insider information, allowing those who are actually producing a movie to bet on its outcome against outsiders who have never read the script, reviewed the dailies or seen the marketing budget.' Even a well-made, profitable movie could become a financial liability if it's not quite profitable enough to meet investors' expectations. And those same expectations could go a long way in determining the types of movies that are produced, and how they are distributed.

We've already seen what speculation and 'inventive' financial practices can do to the economy. If they spread to movies, the result might not be so entertaining.