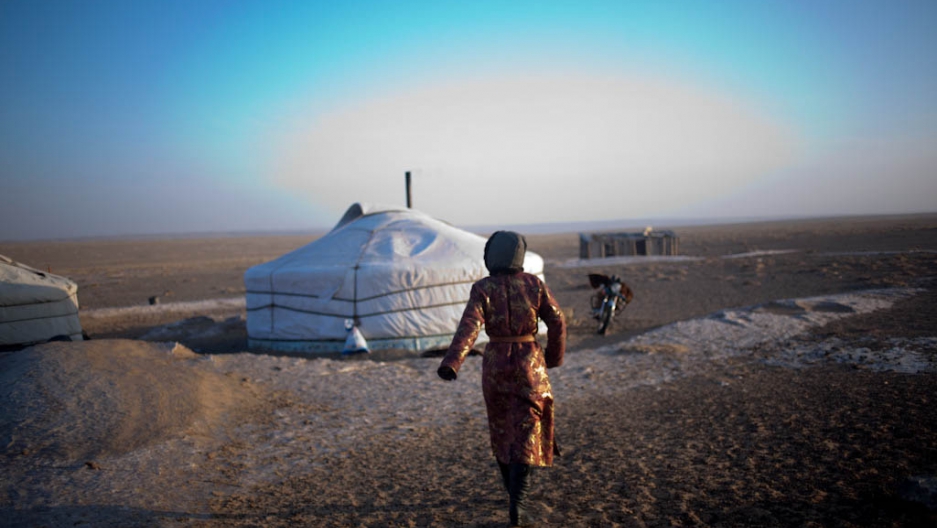 A nomadic woman at a temporary camp in Dundgovi province, Mongolia. Many nomadic herding families have gathered together to help each other through this year's dzud.
Share

ULAANBAATAR, Mongolia — Dead sheep, goats, horses and cattle are strewn throughout a barren and snowy landscape on Mongolia's remote steppes. For the nomadic herdsmen and women who inhabit this unforgiving land, the level of death and destruction is not normal. According to the Mongolian government, an estimated 4.5 million animals have been lost nationwide — a huge blow to the herding community that makes up a large part of the country’s population. All this comes as a result of the "dzud," a Mongolian term for a summer of drought followed by an extremely cold winter. With record snowfalls and temperatures that dipped to minus 50 degrees Celsius (minus 59 Farenheit), this year’s dzud is the worst in decades. Limited food supplies and overgrazing are further compounding the massive livestock loss. Officials worry about an increase in crime, begging and prostitution, as desperate herding families who are unable to find other forms of employment move to the country’s cities and villages.