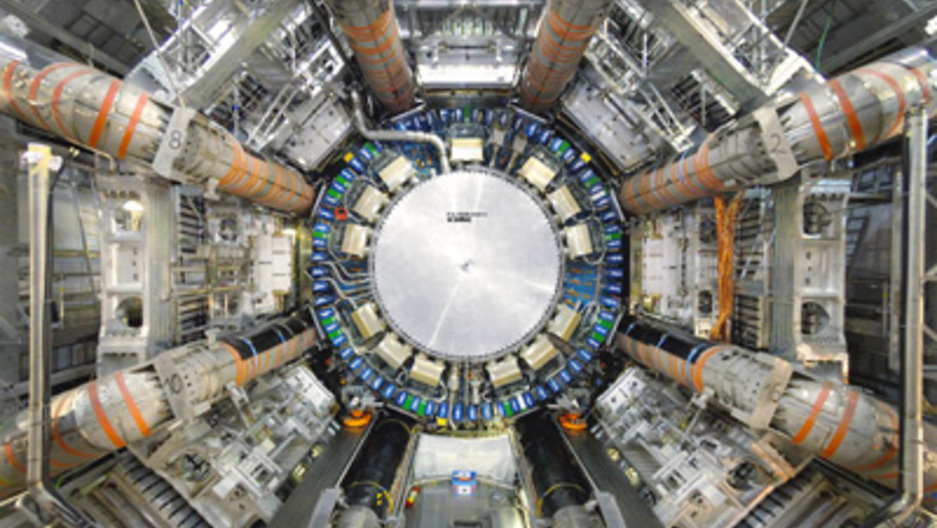 After 15 years and several false starts, the Large Hadron Collider research program has finally begun. Early this morning, 3300 feet below the Swiss-French border near Geneva, it successfully smashed two protons at record-setting energies.

"There were cheers in all the control rooms," Caltech physicist Harvey Newman told the LA Times, shortly after witnessing the achievement at 3:58 PDT. "As soon as we get the data, we're analyzing it -- it's been a long time coming."

And data from the collision is already streaming. Scientists hope that the experiments will test long-unsolved physics theories about dark matter, a unifying force, and the origins of the universe. 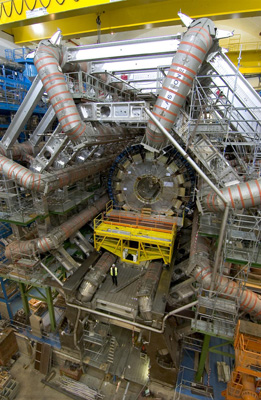 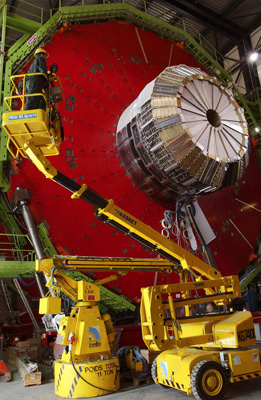 At 17 miles long and costing $10 billion, the L.H.C. is the biggest machine on the planet. And because its magnets are cooled by 120 tons of liquid helium, it's also the coldest place on the planet -- perhaps in the universe. Yet when Kurt visited the behemoth earlier this year, he found it has a particularly steam-punk look, like something dreamed up by Jules Verne.

Studio 360 found out that the machine is as colorful (and beautiful) as it is complex: