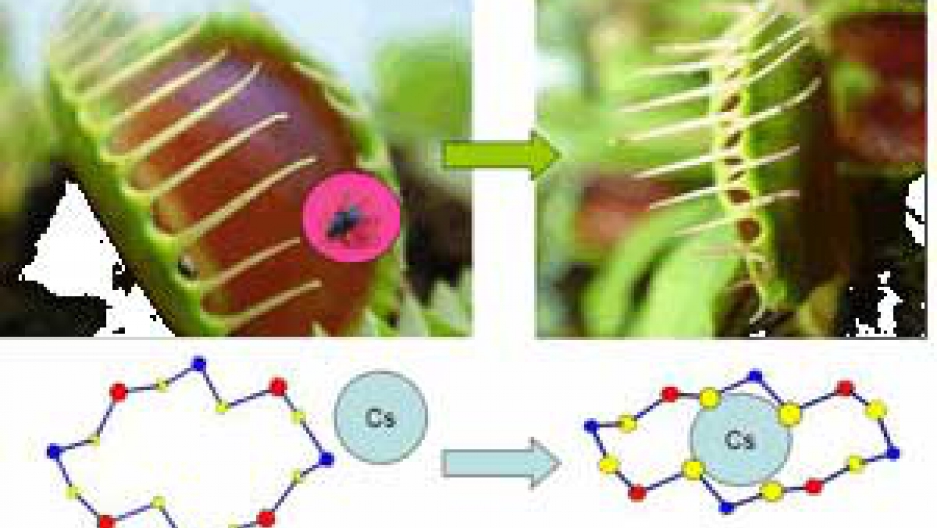 Scientists have long taken inspiration from nature when designing products. Cars are streamlined like fish for better aerodynamics; swimsuits are made of imitation sharkskin to move efficiently through water.

The newest copycat looks to the Venus flytrap to clean up nuclear waste. Researchers at Northwestern University have designed a synthetic material that will snap up radioactive cesium ions from nuclear waste, leaving harmless ions behind. This is no easy task: safe ions in the waste, such as sodium, outnumber cesium by a ratio of almost one thousand to one.

Here's where the Venus flytrap idea comes in. The carnivorous plants are very sensitive and only clam up if multiple hairs on their leaves are touched. This allows the flytrap to distinguish between living prey and inanimate objects, like falling raindrops or debris.

The researchers came up with a material made with sulfur ions to mimic the plant's behavior. When the sulfur and cesium ions meet, the material's pores close around the cesium, trapping it inside like an insect within a Venus flytrap.

Scientists say more research is needed, but maybe some day nuclear power plants will send their waste to the radioactive equivalent of a Little Shop of Horrors, complete with a cesium-devouring plant named Audrey.