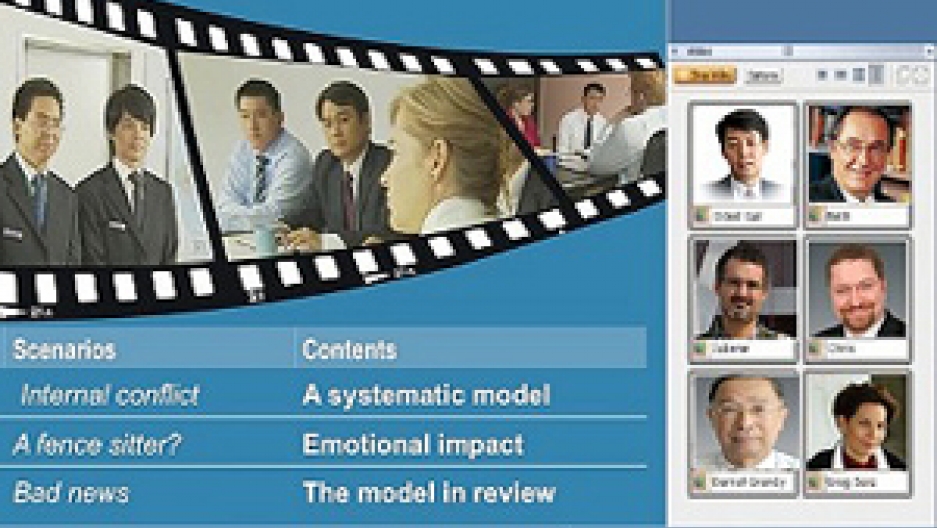 American business doesn't end at America's borders. It hasn't for a long time: in the 1980s, the trick was figuring out how to do business in Japan or Europe. Now it might be China or India or Brazil.

It's an old problem. When you're doing business overseas, you often have to bridge some kind of culture gap. But many intercultural trainers -- cultural bridge builders if you like -- say a set of modern illusions is making things worse. Technology can connect anyone to everyone at any time, so the business world seems smaller and more uniform. But culturally the world isn't flat, it's bumpy.

"People who are doing business with each other -- Americans and Chinese, or French and Indian -- they become disillusioned because they don't quite read each other," said intercultural trainer Lisa LaValle-Finan. "They don't quite understand what makes the other guy tick."

Working out what makes the other guy tick is just good business, especially in today's economy.

An animated intercultural video from the training firm Kwintessential features a flirtatious Brazilian man who's behaving a bit too informal for his Western visitor. For instance, he's sitting on a couch with his legs wide apart.

The video is one example of a boom of intercultural training online. The offerings go way beyond simple lists of cultural do's and don’ts. One company, Aperian Global, invites you to complete a personal cultural profile. You do your profile, your colleague in Korea does hers, and the software does the rest.

A male voice from software program gives instructions: "By clicking on the gaps that appear between your profile and that of the cultural colleague you've selected, you're presented with detailed information on how you can adjust your style to be most effective with that culture or colleague."

A German outfit, Global Emotion, is based in Munich. The company targets Western businesses trying to succeed in China, and it’s got a totally different approach.

A Global Emotion online ad shows a photo of a Chinese man. "What is he thinking?" A voice from the ad asks. "Is he dissatisfied, skeptical?" And then a picture of a Chinese woman appears. "What does her face conceal?" The voice asks. "Global Emotion presents the brand new online training for emotion recognition."

The founder of Global Emotion, Ansgar Bitterman, says its work is based on a marriage between culture and science. "For example, Chinese eyes, they are much, much thinner," he says. "If you're a European or American ... if you're laughing, your eyes get smaller. But with the Chinese, their eyes are already small, so your brain has to adapt."

Bitterman says the cross-race effect is lessened if you come from a racially diverse community. But it still exists. Global Emotion claims that over a few weeks, its online games can train your brain to process Chinese faces and emotions with greater speed and accuracy.

By the way, if you're still feeling uneasy about this, Bitterman can relate.  He spent a year of high school in Hawaii and he admits he was embarrassed when he couldn't remember the faces of his new friends: Kids with Japanese or Korean heritage the day after meeting them.

"And I said geez, who did I meet yesterday?" Said Bitterman. "And I didn’t want to ask, ‘did we meet?’ And then after six weeks, I could really tell who was from Korea; who was Jill, who was Jack, and this thought never left me."

Not an easy thing to admit in a country where talking about race and research is especially loaded.

"I can't even translate the cross-race effect to Germans," Bitterman adds. "They ask me if I'm a racist and I never got it. I was like, 'why do they think I'm a racist?' And they said 'well, you're talking about that.  You're talking about that you can't read the Chinese face as good as a German face.'  And I say well yeah, we have to talk about that because that's the basis for racism so let's change it."

Ansgar Bitterman isn't on a mission to make the world a better place necessarily.  He's running a business and the pitch is helping outsiders get some kind of tactical advantage in China.

Incidentally, Bitterman tried to sell his intercultural training software to the Chinese too, to help them recognize emotions in Germans or Americans. They weren't interested.