Does the story of 'Avatar' seem eerily familiar to you? For student Randy Szuch, the answer is a resounding yes. In this genius mashup, Szuch matches the audio of 'Avatar' with scenes from a beloved Oscar-winningDisney filmfrom 1995.

'Avatar' is up for nine Oscars on Sunday, including Best Picture. James Cameron, the creative mind behind the record-breaking movie, recently talked with Kurt in Studio 360.

And speaking of animated films: for only the second time in the Academy Award's 82-year history, an animated film -- 'Up' -- got the nod for Best Picture. (Watch the trailer below.) 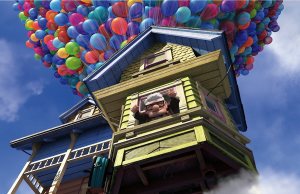