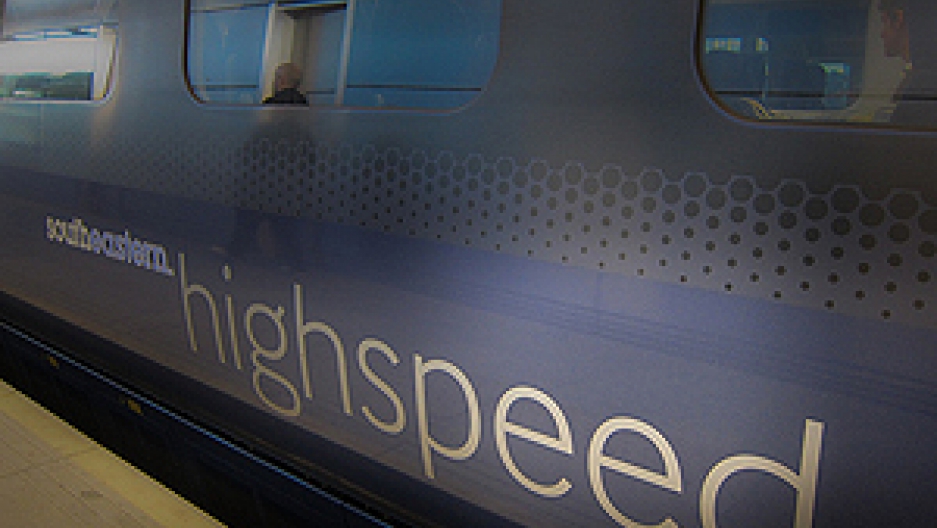 President Barack Obama wants to build on any momentum he may have gotten from last week's State of the Union address by touting $8 billion in stimulus dollars for high speed rail projects around the country.

"We want to say to ourselves, there is no reason why other countries can build high-speed rail lines and we can't," the President said at a town hall event in Tampa, Fla.

"I'm excited. I'm going to come back down here and ride it," the President added.

"This will be one of the largest boosts to the state's economy since Disney, since the interstate highway system," said Sen. Bill Nelson (D-Fla.).

The President and his backers say the money will help put thousands of Americans to work. They hope the rail funding announcement and today's town hall gathering, coupled with the State of the Union, give the Democrats and their agenda a boost.

Republicans have largely blasted the Recovery Act as ineffective. At the same time, many have welcomed stimulus funds for their state.

"This will be a transformative project for Florida," said Sen. George LeMieux (R-Fla.) in a statement. "It will connect Tampa and Orlando making it a mega region, making travel between the two cities much easier."

The Democratic drumbeat promoting economic recovery efforts continued in Washington.  Transportation Secretary Ray LaHood hosted an event of his own to talk about rail funding.

California Senators Diane Feinstein and Barbara Boxer joined him in talking up job creation. Their state is getting the largest chunk of the new high speed rail grant funds -- $2.25 billion, plus about $100 million for other rail needs.

"When I ran for governor in 1990, one of the planks of my platform was a rail spine down California, high speed," Fesintein said. "Well, it's now 2010 and finally, finally, finally it's going to happen."

Transportation officials say the first phase will be a system connecting Anaheim and Los Angeles through the Central Valley to San Francisco. The system would later go north to Sacramento and south to San Diego.

Competition for the money was fierce among states. Senator Barbara Boxer says California's focus on rail helped make the case.

"How many states are there where people come forward and say, 'yes we are going to agree with this vision and approve nearly $10 billion in state bonds for high speed rail,'" Boxer said.

The Federal dollars will also help with high speed rail projects in the Midwest and the Northeast corridor.