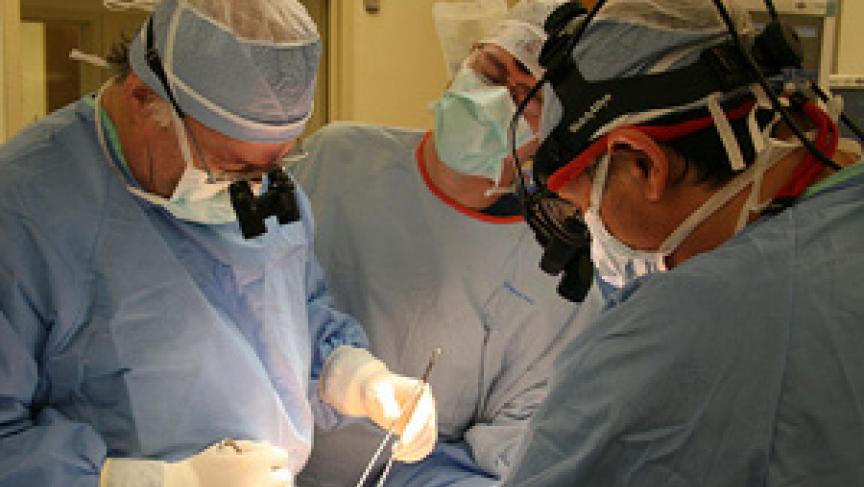 Join an online discussion about organ donation at "The World" Science Forum.

Story by Marco Werman and Aaron Schacter, PRI's "The World"

Organ transplants have become a routine part of modern medicine. But transplants also produce a global dilemma: Far more people need new hearts, lungs and kidneys than can get them.

There's a worldwide shortage of organs. In the United States alone, more than 100,000 people are waiting for organ donations, and many of these patients will die waiting.

To tackle the organ shortage, some countries are experimenting with various strategies.

Israel just enacted a new law to boost its number of organ donors. The law gives priority to donors over non-donors when it comes to receiving an organ.

Jacob Lavie, a transplant surgeon at the Sheba Medical Center just outside of Tel Aviv, helped write the law. He admits the law may sound cruel, but polls show Israelis support it. He believes it will increase organ donation because it encourages people to sign donor cards for reasons that go beyond altruism.

But some Israelis fear the new law will hurt them.

"I'm Orthodox, I cannot give," said Rabbi Yaakov Weiner, who heads the Jerusalem Center for Medicine and Halacha. He says under his interpretation of Jewish law, he cannot donate his organs or those of his family members. That's because surgeons harvest organs from patients who are medically brain-dead. Ultra-Orthodox Jews like Weiner don't consider these patients dead, which means removing their organs is murder.

While Rabbi Weiner won't sign an organ donor card, he is willing to accept an organ. He says if a patient has already been taken off life support, and has already been killed, why not use those organs to save a life.

"To us, the ethics of medicine is not discrimination," said Weiner. "Whoever needs it the most, they're the ones who get it."

Robbie Berman heads the Halachic Organ Donor Society, which encourages Jews to donate organs. He says people who are unwilling to sign donor cards, but are willing to take organs are hypocrites, regardless of their reasons.

"There are many Orthodox rabbis that support organ donation," said Berman. "These people have chosen to be part of a religious group that tend to reject it. Fine, that's their right to reject it, but don't then come and claim that you want to get benefits from it."

The Israeli law contains another incentive to boost donation: The state is allowed to pay families up to $13,000 dollars for donating a loved-one's organs.

Israel isn't the only country offering financial incentive for organ donations. The Iranian government gives every living kidney donor $1,200 dollars and one year of free health care. This system has increased the availability of organs, but some call the program unethical.

Dr. Mustafa Al-Mousawi is a transplant surgeon and former president of the Middle East Society for Organ Transplantation. He's been following the Iranian system and argues that, while it may have reduced the organ shortage, it is unfair to the donors, who are often poor and underprivileged.

He also thinks the organ shortage should be addressed by increasing organ donations from deceased donors, not living ones. And he is against paying donors for organs.

Dr. Mustafa Al-Mousawi is online all this week at "The World" Science Forum, and is available to take your questions and comments. Join the discussion with Dr. Al-Mousawi.