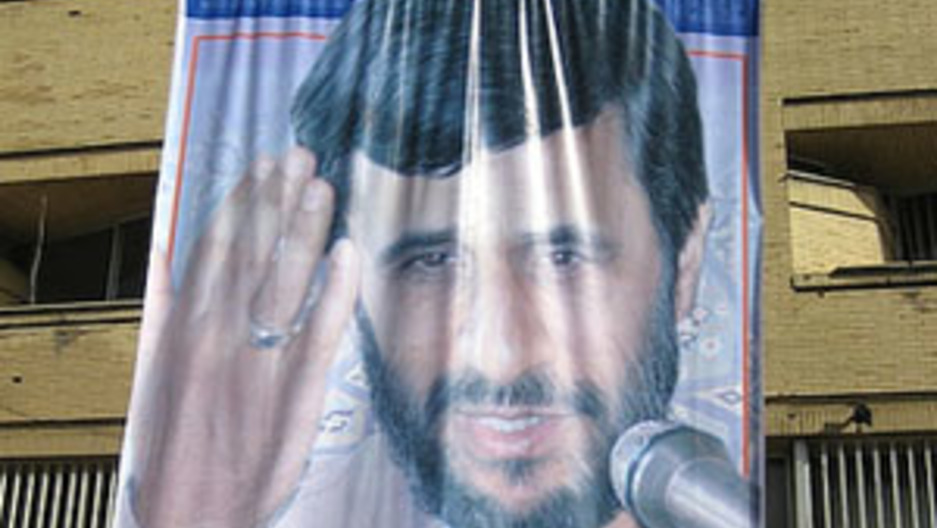 Hell has not frozen over, but Iran DID say that it welcomes comments by Hillary Clinton. The Secretary of State was talking about negotiating with Iran over its nuclear program. But the rare agreement between Tehran and Washington is not a breakthrough.

Last year, President Obama appeared to give Iran a deadline: Start working out a deal with the US and its partners on nuclear issues by the end of December, or face the possibility of new sanctions.

At one point, Hillary Clinton even described those possible sanctions as crippling. On Monday, Clinton acknowledged that the effort to engage Iran has not been encouraging. However -- and this is where Tehran evidently agrees with its enemy -- Clinton said that word "deadline" is somewhat misleading.

"Now, we've avoided using the term 'deadline' ourselves," said Secretary Clinton. "That's not a term that we have used, because we want to keep the door to dialogue open."

So the time for engagement is not over. But Clinton added that Iran must not be allowed to delay indefinitely while it pursues nuclear activities that administration officials suspect are part of a weapons program.

"So we have already begun discussions with our partners and with like-minded nations about pressure and sanctions," she said. "I can't appropriately comment on the details of those discussions now, except to say that our goal is to pressure the Iranian government, particularly the Revolutionary Guard elements."

That pressure could come in the form of new US sanctions against Iranian military officials and business leaders. But would these be the so-called crippling sanctions Clinton talked about last year?

"The only crippling sanctions would come if the entire world was willing to stop buying Iranian oil and stop dealing with the government there in any way. "And we are a long way from that point, so I think that was always frankly a bit of hyperbole, a bit of diplomatic theater."

On that score, China's ambassador to the United Nations said on Monday that now is not the time for new sanctions against Iran.

In any event, Slavin says putting new US sanctions in place would only go so far. "It can make it more difficult and more expensive for members of the regime to do business and to travel. It cannot cripple that country, as long as there is a thirst for oil in the world, and the price of oil, I believe, now is over $80 a barrel again. So, you know, once you reach those levels, Iran certainly can manage for quite some time."

Congress is getting in on the act. The House has passed a bill that would prohibit the sale of gasoline to Iran. But Slavin says such sanctions would be merely symbolic. The leaders of Iran are under huge pressure, she adds. Not from Washington, though, from the ongoing mass protests against the regime itself.

"Everybody is watching with incredible interest and fascination how this movement is proceeding," said Slavin. "And there are hopes that it will at some point result in an Iranian government that is easier for the rest of the world to deal with, and that is easier on its own people. But it doesn’t make the diplomacy any easier. It just makes it more complicated."

She says there have been recent setbacks for Iran's nuclear program. Those include the revelation of the once-secret enrichment facility at Qom, serious technical difficulties, and a couple of high-profile defections.

Gary Sick is an Iran expert at Columbia University. He says these developments are leading Obama administration officials to this conclusion: "They think there's a very strong indication that Iran's nuclear program is going much more slowly than had been suggested in the past, and that that in fact gives us more time."

The "New York Times" reports that the Obama administration plans to use this extra time to target a weakened Iranian government with new sanctions.

But Gary Sick thinks that could backfire. "In my view, the weakness of the regime right now is not weakness that means that if we hit them with additional sanctions, they'll collapse or that they'll give up. I think in fact, when we add sanctions, we provide an obvious and very useful enemy for Iran, and they use that to their own advantage. It’s not going to bring them to their knees.

Meanwhile, Iran has issued an ultimatum of its own. It wants the US and its partners to respond to its latest offer on uranium enrichment by the end of the month.