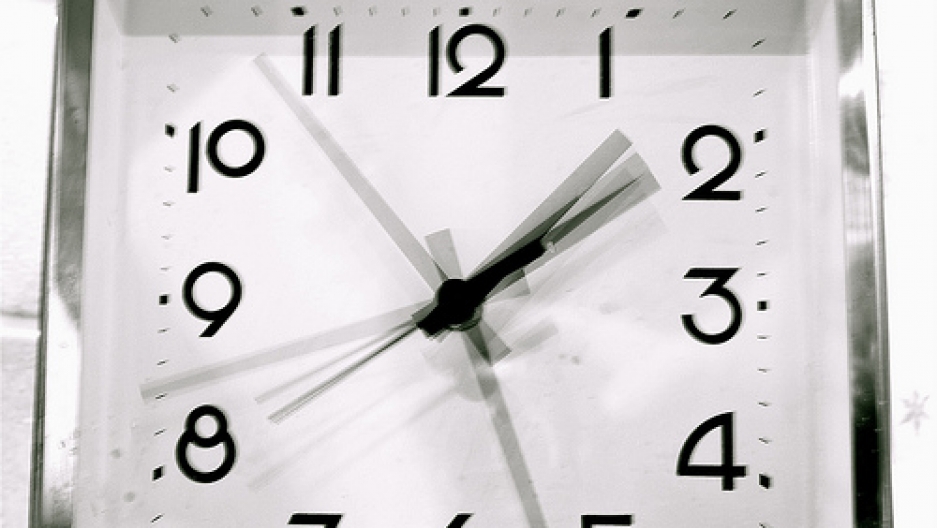 This weekend, Studio 360 broadcasts its special time travel show, recorded in front of a live audience atWNYC's Jerome L. Greene Performance Space. And with this decade coming to an end, it seems like a good opportunity to revisit some of the events and trends from the 2000's that we'll always remember.

If this decade were a color, it would be green. And while it wasn't always so easy being green -- for every Segway on the road, there was a gas-guzzling Hummer -- at least the seeds were planted. Designers managed to rethink everything from our water bottles to our grocery bags. And among architects, there was no one more ambitious than William McDonough, who spoke to Kurt in 2008.

Since the near collapse of the economy, seemingly everything has been about downsizing. But newspapers were shrinking even earlier. Things have been so bad for print journalism that nearly 150 papers folded this year alone (and I don't mean along the center of the page). The Wall Street Journal managed to stay afloat (thanks, Rupert Murdoch) but still underwent some major design changes this decade. In 2007, "Studio 360" assessed its new look.

In early 2004, right around the time President Bush announced his plan to eventually send Americans to Mars, two robotic explorers touched down on the Red Planet. The Mars Exploration Rovers came equipped with cameras and cruise ship-like names (Spirit and Opportunity). Gathering energy through solar panels, they lasted longer than anyone expected. This segment aired during the summer of '07 when the cousin Rover, Phoenix, was about to launch. It would soon find traces of water ice on the Martian surface. But as we reported, the trip was worth it for the photos.

This was the decade when, thanks to that screen you're staring at right now, you reconnected with all those people you hated in high school and learned to think 140-character thoughts. Back in 2004, we heard from a sort of online dating coach helping e-romantics make themselves more e-appealing.

You can revisit the past on your own by visiting the archives page at studio360.org. As for what the next decade will bring, stay tuned to find out.