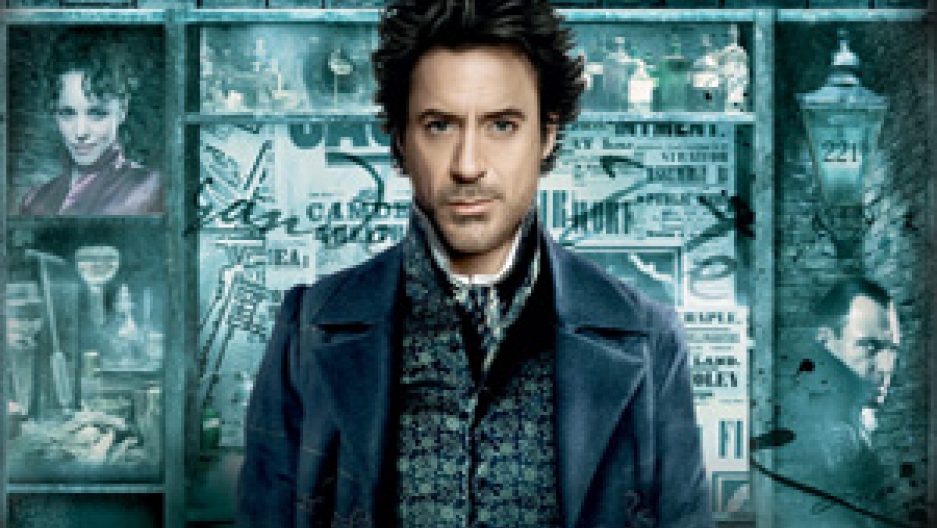 Robert Downey Jr., who stars in the new movie "Sherlock Holmes," is the latest actor to take on this iconic role. Guy Ritchie, the film's director, says Holmes' persona is an even divide between enigma and accessibility.

Sir Arthur Conan Doyle introduced Sherlock Holmes in a Victorian magazine called "Beeton's Christmas Annual" in 1887. Since then, there have been hundreds of adaptations -- plays, movies, radio dramas, TV shows -- but Holmes is not stuck in the past; the character keeps changing to suit the times.

"From an acting point of view, it's like a tightrope of a part," said David Stuart Davies, the author of several books about the screen career of Sherlock Holmes. "You have to do so much. You have to be cold and arrogant, but at the same time, charismatic and likable. It's a difficult thing. Many, many great actors have tried playing Holmes and failed."

The stories were written carelessly, with many contradictory details. Nevertheless, Holmes turned out to be the Hamlet of detective fiction -- a right of passage, a proving ground.

The first great theatrical Holmes was William Gillette, an American actor who premiered his play, "Sherlock Holmes" in 1899. It was Gillette who introduced the iconic trappings most people associate with Holmes: The ubiquitous deerstalker, the curvy pipe and brocade dressing gown. And his naturalistic acting style gave Conan Doyle's acerbic, Victorian gentleman a matinee idol appeal.

But Holmes evolved with the times, and when Basil Rathbone stepped onto the Moors in the 1939, "Hound of the Baskervilles," it was with a keen fervor of a wartime champion.

"For the British, he seemed totally England, standing personified against whatever foe," said Sherlockian scholar, Susan Rice. "He was sure of himself, and at a time of enormous turmoil, isn't that what you seek? The sure hand to pull you up out of the abyss."

With the Nazi's vanquished, Holmes receded to the realm of schoolboy classics, and the complacent 1950s couldn't quite pull him off the page. He revived in the restless decades that followed, and something had changed.

"I think today, what we celebrate in Sherlock Holmes is not so much the heroism; instead it's the determined outsider," said Leslie Klinger, author of "The New Annotated Sherlock Holmes."

"Holmes is a loner; Holmes bucks the system; Holmes is independent. He doesn't necessarily follow the law; he takes the law into his own hands."

And in the 1976 film, "The Seven Percent Solution," he has an an emblematic counter-culture weakness: A cocaine addiction.

"Today we'd probably diagnose him as bipolar," said Klinger of the 1976 Holmes. "Vast mood swings, depending on whether he has a case in front of him."

As it happens, the next great Holmes was bipolar: Jeremy Brett breathed new life into Holmes, in 41 lush TV adaptations of the original Conan-Doyle stories, beginning in 1984. Brett's own manic depression colored and sometimes undermined his performances, which swung from taught to grandiose; but gave him a unique perspective on a character he felt was as fragile as he was.

And who better to embody shine and shade than Robert Downey Jr., who Ritchie said was designed to play this role. He cites a dazzling "Raging Bull"-like fight scene as an example of what he calls Downey's "Holmes-o-vision."

"Which is Robert's almost autistic ability to induce enormous amounts of information," said Ritchie. "He's both esoteric and accessible. You know, he's a multi-dimensional character. There's something there to both titillate the spirit and the intellect."