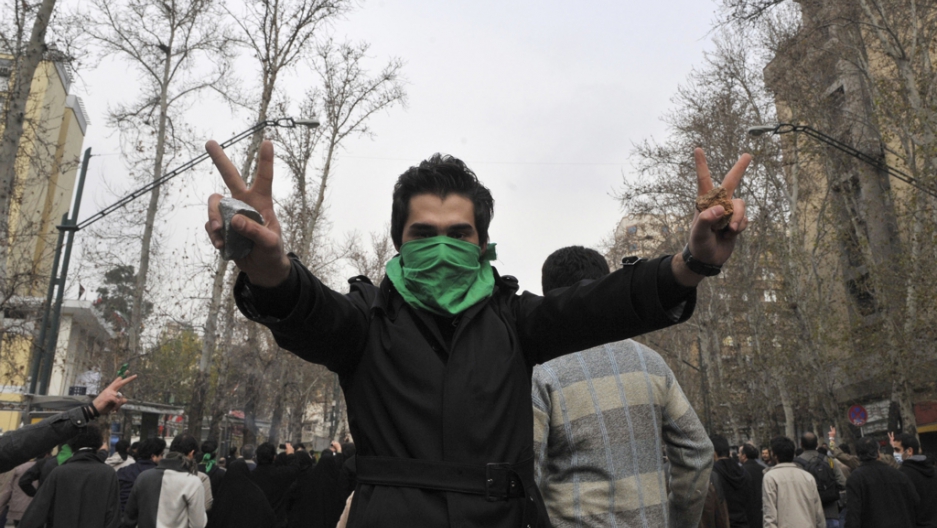 An Iranian protester with his face covered by a green mask flashes the victory sign as he holds stones during clashes in central Tehran Dec. 27, 2009. A senior Iranian police official denied a report on an opposition website that four pro-reform protesters were killed during clashes in Tehran on Sunday, the Students News Agency ISNA reported. (Reuters)
Share