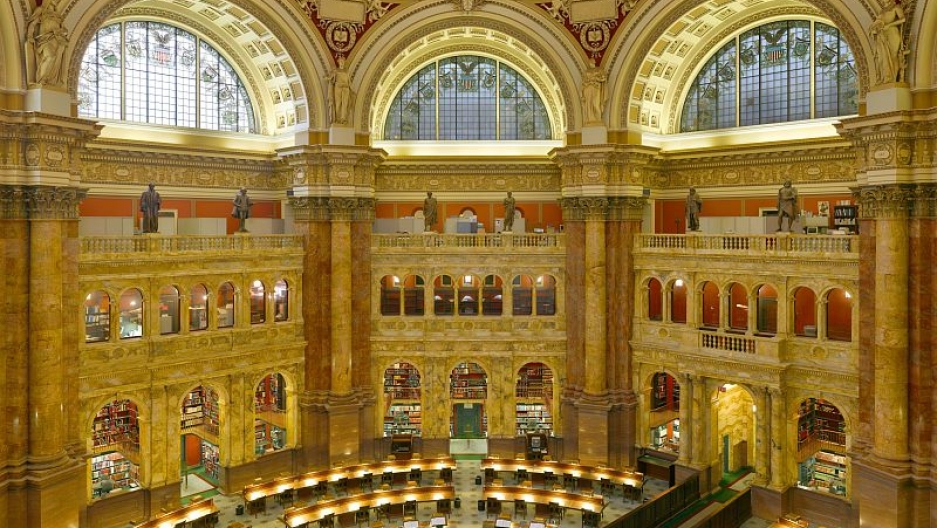 At this point, just two days before Christmas, you're probably waking up at odd hours with 'O Little Town of Bethlehem' playing on that radio station inside your head. Some songs never seem to go away. And then there are those that really don't.

This month, "Studio 360" has been featuring some of this year's 25 selections entered into the National Recording Registry of the Library of Congress. The Registry was created as part of the 2000 National Recording Preservation Act, which sought to address the steady loss of the country's audio heritage. Since 2002, the Library has chosen radio broadcasts, spoken word recordings, and plenty of unforgettable songs that it considers to be "culturally, historically, or aesthetically important" to be set aside for safe keeping.

But what determines the selections? And who?

Well, the answer to the second question is that you do, at least to begin with. Anyone can nominate up to ten recordings per year. The submissions are then evaluated by the National Recording Preservation Board and the Librarian of Congress. The answer to the "what" question is a little more complicated. A quick scan of the list of selections reveals some no-brainers: what's a collection of American recordings without Woody Guthrie's "This Land is Your Land" or Martin Luther King Jr.'s 'I Have a Dream' speech? But what about "Recordings of Asian Elephants?" And not one but two versions of "Tom Dooley?"

It's hard to look at this list and not wonder what some alien species would make of us if these recordings were the only evidence of our civilization left behind. What would they think of Abbott and Costello's "Who's on First?" or album titles that even we can't figure out like "Mingus Ah Um?" They'd also never know that anything postdated Seattle grunge.

Of course, there's a lot more yet to be added to the Registry. Every year brings new contenders, but there are also tons of classics from the last century-plus that deserve inclusion as well. Guess you'll have to wait your turn, Lady Gaga.

You can listen to our stories behind some of this year's selections here.