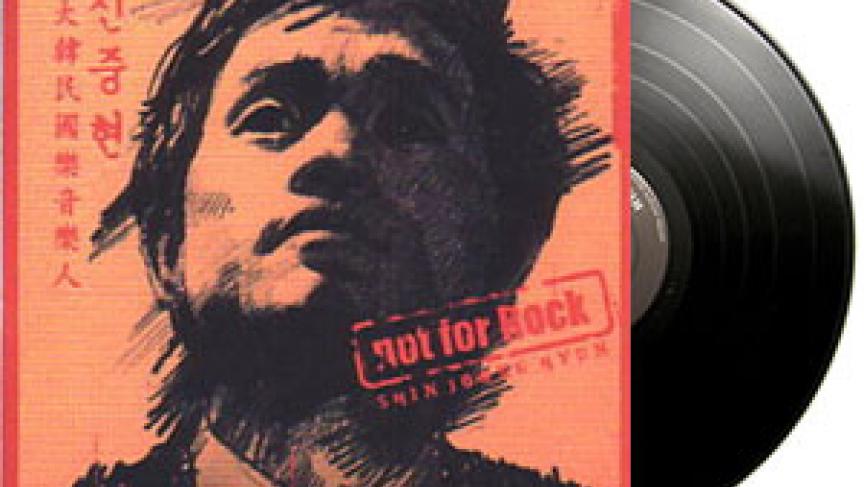 You may not know the name Shin Joong Hyun, but Shin gets his own chapter in the history of rock 'n' roll. Korean rock 'n' roll that is. He was honored in Seoul recently with a specially crafted guitar from Fender. It was the first time an Asian musician has received a tribute guitar from the American company.

Shin Joong Hyun joined the ranks of only a dozen others who have received custom-built Fender guitars, including Jimi Hendrix, Jeff Beck, and Eric Clapton. The black-on-black, maple neck six string that Fender gave him is just like the one he played decades ago when he introduced Korea to rock 'n' roll.

Shin got his start in the 1950s when he found steady gigs on American military bases. He went by the name Jackie and faked a southern accent, even though he didn’t actually speak English. He sang "Rock Around the Clock" and covered Elvis. Shin says he learned a lot about music then.

"I really didn't know anything about rock 'n' roll," he says. "Soldiers asked me to play a guitar solo. I had no idea how to do that. I asked the manager at the club to explain and after I heard some records, I learned how to solo. After that, I started to get standing ovations."

Shin took rock 'n' roll off American bases and started his own bands. He produced and backed up other performers emerging at the forefront of Korea's music scene in the 1960s. Like musicians in the west during that time, Shin's music turned psychedelic.

But just as Shin reached the peak of his stardom in the early 70s, the military government pulled the plug on his music. He had refused to write a propaganda song. Censors labeled his lyrics as too vulgar. After a marijuana bust, Shin's rock was officially banned. By the time he re-emerged several years later, disco and pop dominated Korean airwaves. Shin says his career never fully recovered.

"I still feel bad," Shin says, "because I think if I could have continued to play, Korean music would be a lot better today. Rock is very weak here."

Now at age 71, Korea's godfather of rock also appears weak. His once long dark hair is now short and gray. When he takes the mic to thank his fans, he can barely be heard. Then Shin picks up his new guitar and there is little doubt left that he's still got it.

Shin says he hopes rock in Korea can be revived. He'll do whatever he can to help.