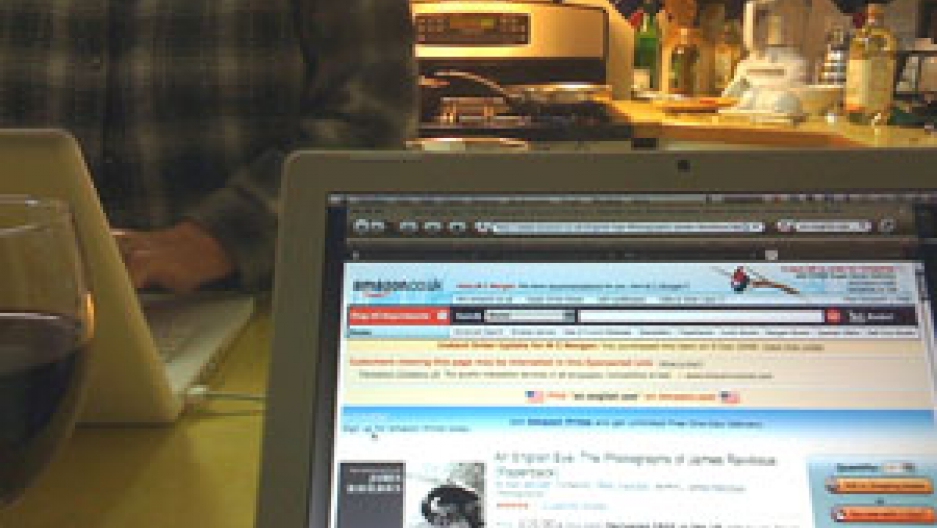 The following story is derived from a broadcast segment; use audio player to listen to the story in its entirety.

If you’re doing any of your holiday shopping online or through catalogs, there’s a good chance you’re not being charged sales tax. But if you also live in any of the 45 states that impose a sales tax, you still owe that tax to your state. States are losing out on billions of dollars of desperately needed revenue because of Internet shopping, and it’s only going to get worse this holiday season.

It's predicted that while total retail sales will dip slightly this season, online sales will grow eight percent, or nearly $45 billion dollars. That adds up to a lot of a lot of tax revenue states should be collecting and desperately need, but will never see.

Scott Peterson, the executive director of the Streamlined Sales Tax Governing Board, says for all of 2009, states will lose out on about $15 billion dollars in unpaid sales tax.

The Streamlined Sales Tax Governing Board is an organization of state legislators trying to streamline tax laws.

According to Peterson, online and catalog retailers don't charge sales tax because the Supreme Court ruled that the complex nature of individual state sales taxes was an undue burden on interstate commerce. "And states were prohibited from imposing that burden on a retailer, unless the retailer had a physical presence in that state."

All states but five -- Alaska, Delaware, Montana, New Hampshire and Oregon -- have sales tax. Consumers are required to pay taxes on their online and catalog purchases, but states have a difficult time collecting these tax revenues.

New York is currently attempting to tax purchases on the retail web site, Amazon. The state deems that links to Amazon from sites of organizations located in New York qualifies as a physical presence for Amazon. If a consumer in New York purchases an item on Amazon, he or she will see a line on their online purchase form calculating the sales tax.

Amazon is fighting the law in New York, but states like Rhode Island and North Carolina are looking to copy it. That's why Overstock.com is cutting ties with affiliates in those states so they don't have to charge the sales tax.

Meanwhile, Congress is considering a bill that allows all states to charge the sales tax even if there is no physical store presence. But a uniform national sales tax code must be in place before Congress passes that law. That's where Peterson's organization comes in.

The Streamlined Sales Tax Governing Board is made up of 23 member states, says Peterson. "Much of the Midwest, some of the South and the Northeast and a little bit of the West; mostly either state tax administrators or state legislators -- the two entities that are naturally involved in trying to make sales tax administration simpler."

The idea is to make states' tax uniform, as it now varies from state to state. New York has an exemption for clothing costing less than $100; California has a partial exemption for farm equipment; and as previously noted, New Hampshire doesn't have a sales tax.

"I'm concerned that if this fails, we'll go back to the days where our primary method of getting the tax collected is to drag people into court," said Peterson. "That's a very inefficient way of collecting taxes.

"I think as states and local governments continue to cut their budgets, citizens are going to start to see where the services they used to get are no longer provided, and it's going to occur to them that, 'you know, I do all my shopping downtown and I pay all my sales tax, but that truck keeps showing up at my neighbor's house, dropping off all these packages. I really wonder whether or not my neighbor is actually paying their sales tax?'"