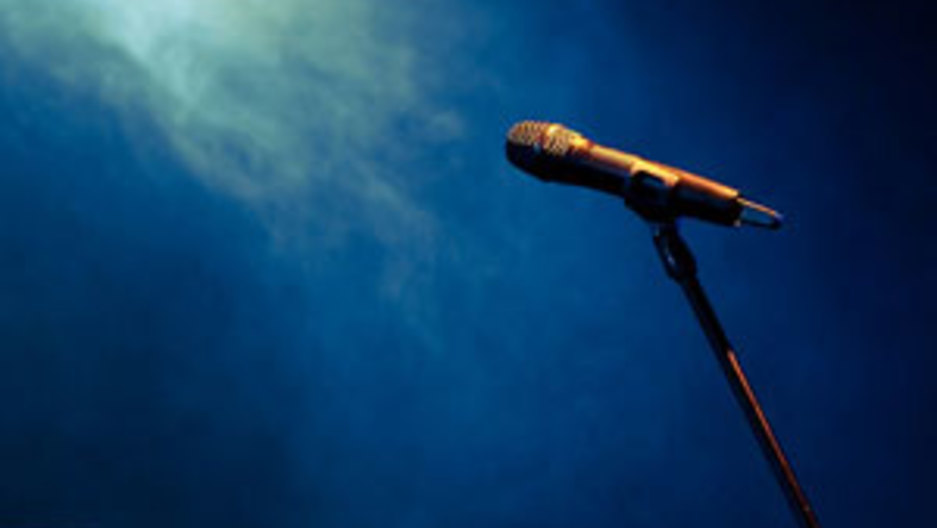 The following story is derived from a broadcast segment; use audio player to listen to the story in its entirety.

Stand up is such a  part of life in the US that it may be hard to imagine a routine introduction like this being groundbreaking. But as Dean Obeidallah points out in his act, comedy isn’t really a part of Arabs' culture, whether they’re living in the Mideast or the US.

"This is my impression of older Arabs in the States watching my comedy: They just stare at you ... like they’re watching a magician and trying to figure out a trick.  And after the show they’ll be like, 'you're very funny. I laughed three times tonight. A very funny show.'"

Obeidallah is an Arab-American comic. He helped create the Amman Stand up Comedy Festival last year along with the Mayor of Amman. Mayor Omar Maani says the festival is intended to give Jordanians a good laugh, but also to show the rest of the world they can laugh.

As part of the festival, the comics are holding workshops for aspiring comedians. Maysoon Zayid used to describe herself as a Palestinian Muslim virgin by choice … her father's choice. She’s married now.

"I think the first most important thing to think about when you think about doing standup is tell the jokes that you want to hear, tell the stories that you know," said Zayid. "Stand up comedy is all about making the audience think that you are talking about yourself. And if you want to do standup, trick your friends. Be sitting there, you know, eating your shwarma, and tell the joke. Just tell it. Just do it and see if they laugh.If the people who love you don’t laugh, it’s not funny."

Most of the comedians who are appearing at the festival are hyphenated-Arabs from the U.S. and Canada. But they made a point of bringing in Middle Eastern comics as well. Lebanese Nemr Abou Nassar is like an old-time Borscht-belt comic, setting up jokes in English, finishing off with Arabic punch lines. The crowd loved it.

Nassar says the real stumbling block for comics in the Middle East is regional differences.

"In Egypt I was on a TV show called 'Adam,' and I was talking about dating and nobody was laughing," said Nassar. "And I asked, and they told me because nobody knows what you’re talking about. Because here you don’t go and ask a girl out and take her out ... you talk to her parents, and it’s done and you marry her."

Then there’s the issue of what you can say. "Don’t talk about sex," Nassar cautions. "That’s the rule anywhere you go. Don’t talk about the government. You can’t cuss at all. Out of the question, you know, and stuff like that."

Abu Nasser and others say you can be funny clean. There’s always your parents, your spouse and your mother-in-law to talk about. But you do have to know your audience. While there was a good deal of laughter at the shows, there was also a decent amount of tisk-tisking mainly at jokes dealing with sex and marriage.