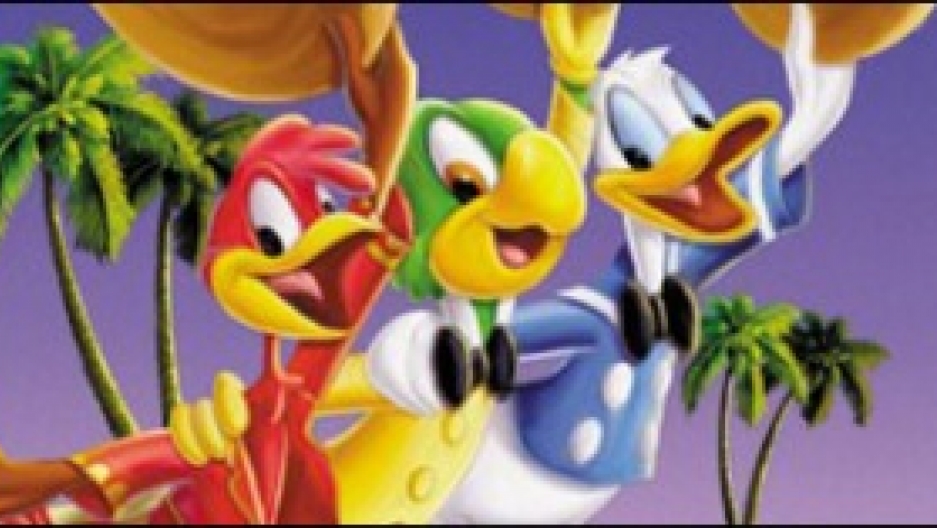 On this week's show, there'sa lovely storyabout the song that made Brazilian samba queen Carmen Miranda an international star in 1939 -- "O Que Que a Bahiana Tem." The name roughly translates to "What is it that the Bahian woman has?"

When I hear the word Bahia, I immediately get a picture in my mind... of a duck and a parrot. Donald Duck and the Portuguese-speaking parrot Jos Caroica, that is. They are two-thirds of The Three Caballeros -- Disney's 1944 movie about Donald's trip to Latin America with two feathered friends.

It might sound hokey, but the movie is like one awesome party -- a psychedelic romp through Brazil and Mexico with delightful music and hilarious antics. It was also one of the first films to combine live action and animation.

The scene forever stuck in my brain is when Donald and Jos follow a beautiful woman selling pastries down the streets of Bahia. Her song builds into rollicking samba called "Os Quindins de Yaya" (Coconut Cupcakes). It turns out the woman is Aurora Miranda -- Carmen's younger sister. Aurora was also a well-known performer in Brazil, but not nearly as famous as her sister. This was one of her biggest roles in America.