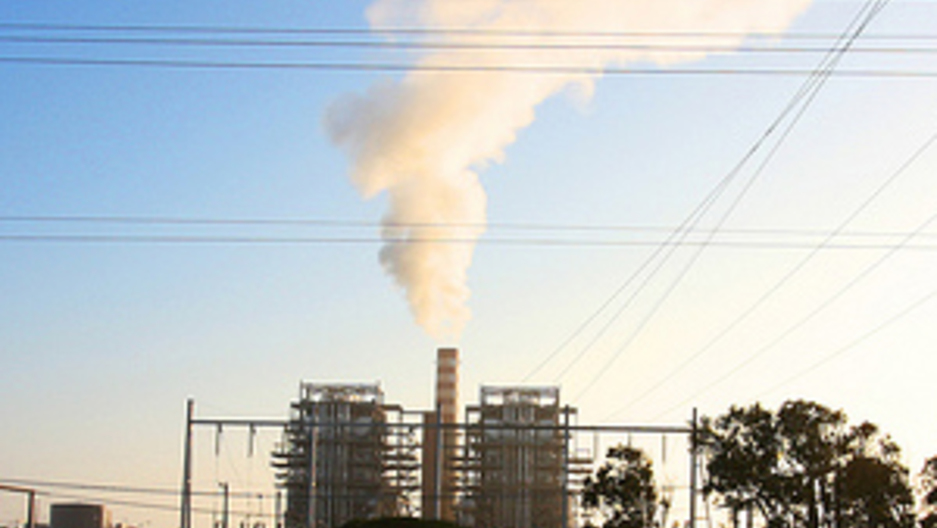 Southern Company found that $3.2 million will buy a lot of lobbyists. The Georgia-based utility spent that just the last quarter.

"We tend to try to work with the folks who are elected from our service territory, which is in the southeast," Jim McCool, a member of the Southern team, said outside a Capitol Hill hearing on pollution credits. "Because our ratepayers are their constituents."

Southern produces 70% of its electricity from coal.

A records search showed some of the biggest coal companies operating in Kentucky dramatically increased their lobbying activities lately, hoping to have their say on the cap and trade bill making its way through Congress. CONSOL Energy spent $6.4 million in the past two years on lobbying, a huge increase over the previous years.

"We do need to have some help from the government in developing the technologies necessary to capture carbon and to store it," he said.

The parent company of TECO Coal Corporation, based in Corbin, Kentucky, spends more than a $1 million a year on federal lobbying. TECO Energy hasn’t increased its spending recently, but Arch Coal sure has. That company is spending money three times faster than it did last year.

"What they try to do when they are making lobbying expenditures like this is buy themselves into the process," said Dave Levinthal, with the Center for Responsive Politics, a watchdog group that tracks money in Washington.

What have these companies gotten for their money?

By the time the House voted on a bill in June the emissions reduction target for 2020 was lowered from 20% to 17%. Lawmakers cut renewable fuel standards, and they’re planning to give out most of the credits for coal companies to pollute for free.

Even though the bill was weakened, the National Mining Association said it’s not enough.

"We ended up having to oppose the bill," spokeswoman Carol Raulston said. "There are similar problems in the various versions being looked at on the Senate side, though we haven’t seen a final bill there yet.”

Kentucky's lawmakers are angling for a good deal for the coal companies.

"Of course I represent the biggest coalfields in Kentucky,” Rep. Hal Rogers (R-KY) said. "I think all members make up their minds on the issue. My mind is made up because I represent the coal miners who earn a living and it’s the economic backbone of my district.”

Rep. John Yarmuth (D-KY) remains skeptical. He said lobbyists and their fat wallets wield considerable power: “There’s not one member of Congress that would say that the money they get influences their vote. But it’s inevitable that even if it doesn’t the perception is that it does and the perception poisons the system as well as the reality.”

Jennifer Layke of the World Resources Institute said climate change threatens the very survival of human beings on the planet.

Some coal companies reduced their lobbying over the summer. The climate bill passed the House in June, and the Senate was too busy with health care to pick it up. Watch for CONSOL, Arch and other energy firms to redouble their efforts later this year, when the Senate turns its attention to climate change.