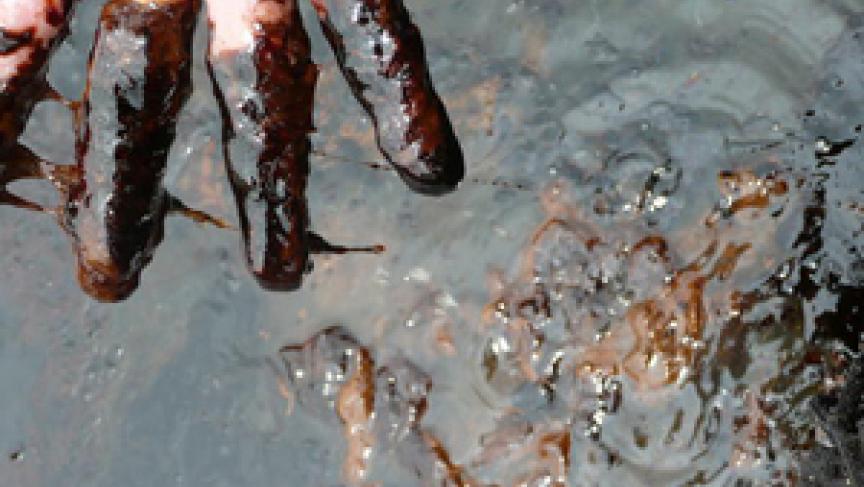 The history of modern civilization has been largely written in oil.  Oil powered the economic explosion of the 20th century.  It enabled humans to do things and go places they could barely imagine before.  But there are dire consequences to the production and sale of oil.  We all know about the environmental problems.  What is less understood is the damage that oil often inflicts on the countries that have it and produce it.

That’s the subject of a new book called, "Crude World:  The Violent Twilight of Oil."  On PRI's "The World," the book's author, Peter Maas talked about why, for some of the countries that produce oil, the damages outweigh the benefits.

"Oil is money," said Maas. "And money tends to be power, and the problem with oil, and the money and the power that it generates is that it’s incredibly concentrated.  So it’s in a few places in very large quantities, and it leads to a struggle because the stakes are so high.  And the problem is -- and this is the paradox really -- is that people who live on top of the oil, for example, in Nigeria ... people actually live on top of the oil, they don’t benefit from it; and in fact, in places like that they suffer because of it.  In fact, in Nigeria, not only do you have a tremendous amount of pollution, but you also have a tremendous amount of violence, and you have a tremendous amount of poverty.  And it’s not despite the oil, but because of the oil."

Maas traveled to Nigeria and witnessed firsthand the inequality of the oil economy there.

"I traveled into the Niger Delta, and ended up at this village, which was absolutely destitute.  I mean, there was no running water, there was no electricity, there was no medical care, anything like that.  And right across the creek, and in fact, just several hundred yards away, there was a really large oil facility run by Shell.  And you could see, and I’ve been in those facilities before, they’re all air conditioned, they have electricity, and all of that.

"And so you have, just like right next to each other, these people living in destitute circumstances.  And then you have these oil facilities that are just absolutely wonderful and perfect. When I went around with the kind of local leader in this case, I could see there was oil dripping down into the creek, into the water, and there were times when there weren’t even any facilities around us, but I could smell the petroleum in the air.  And I looked down, and there’s a film of petroleum on the water. "

But for many, the idea persists that oil equals development, equals benefit for countries. Maas says popular culture has long portrayed oil as the gold mine of the modern world.

"I mean, whether it’s 'Beverly Hillbillies' or 'Dallas' or TV shows like that, you think you got oil, you’re lucky, you’re rich.  And the specter is Saudi Arabia, with Saudi royal family traveling all over the world in their own private 747s.  It certainly gives the impression of richness; but that was one of the things I wanted to get behind because when you kind of go behind that façade, and even in Saudi Arabia itself, you find people who actually don’t have a lot of money, whose lives probably would be better if they didn’t have the oil that was under their land or in their waters.  And it’s not every country because a lot of countries that have oil do benefit from it.  But what interests me is this paradox, the countries that are caught in this position of not benefiting, and there are a lot of them."

The differentiator for the countries that benefit from the production and sale of oil, and the ones that don't: Democracy, says Maas.

"Norway is one of the great success stories, and the reason that this happened is because Norway before it found oil, found democracy, and had incredibly strong and open institutions. So that when the oil was found, there was a national debate about okay, what do we do about it, how do we handle it, what is the best way to handle it?  And one of the things they decided is well, we shouldn’t spend it all.  We should put a lot of it aside because future generations need to benefit from it.

"And then the money that was put into the Norwegian economy was done so in a very honest, transparent way, and so this kind of open process was just absolutely key. And that’s the problem that exists in a lot of these other countries is that they don’t have an open process.  I went to Equatorial Guinea, which is a little country in West Africa that found oil not too long ago in the 1990s, and when the money started coming in, what happened to the money is that it was all deposited into secret bank accounts that were controlled by the dictator of the country, Teodoro Obiang.  And so there was zero transparency, and to a degree, there still is almost zero transparency in that country and others."

Maas also spent time meeting with, and trying to understand, oil executives and other people in all facets of the industry and the economy around oil.  What he learned about the human side of oil was not all sinister plots generating evil and poverty and destruction. What he found was more complicated than that.

"I met a lot of oilmen, and I have to say I really like most of them because they’re very kind of pioneering people, in the sense of like they see a tough job out ahead of them, and they go straight to it -- in terms of trying to get oil out of the ground from inhospitable places, whether you’re talking geologically or politically.

"But there’s kind of a divorce between what they do, and the impact it has.  And when I talked to them about this, a lot of them would say, 'Well, look, I have this job, and I’m doing my job, and I cannot be responsible for ensuring that the oil that comes out of this ground is gonna be turned into money that is going to be made into clinics and things of that sort.  That is somebody else’s job, and you can’t hold me responsible for that.'

"And then at the same time, one executive told me ... 'Look, we go where the oil is.  We can’t choose like Microsoft or Yahoo to operate in nice countries that have developed markets.  We have to go where the oil is, and if you don’t want us to go to these places, then we’re gonna be stepping over manure in the streets of London and New York because we’re gonna have to go back to horses.'"

While the benefits of oil to the modern world are many, Maas says we're just beginning to see the costs.

"It has not been such a blessing for the climate, and we’re trying to come to grips with that now, and do something about it.  And it has not been such a blessing for lots of people who supply it to us, so it has always been a mixed picture; but I think the picture is now becoming clearer in the sense of like okay, now we need to reorganize the system, so that a) the climate survives, and so b) these people who have been suffering for our sake, in a way, do not continue to suffer."