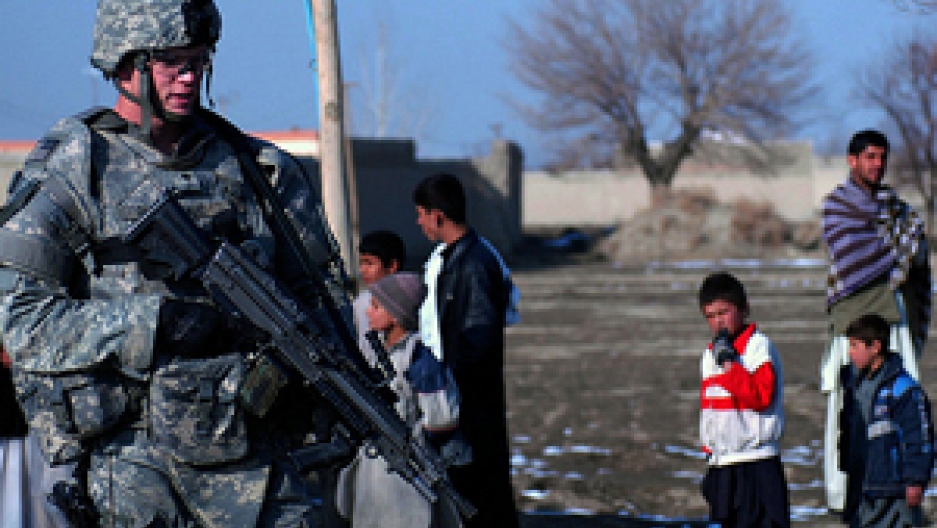 Taliban fighters in Afghanistan stormed a guest house used by the United Nation in Kabul and at least a dozen people were killed. The Taliban also launched rocket attacks on the presidential palace and a luxury hotel.

The attacks come as the Obama Administration is considering a shift in strategy in Afghanistan.

Thom Shanker of the "New York Times" reports that the strategy will now focus on protecting the ten most populous areas in Afghanistan.

"This is a central tenant of counterinsurgency strategy," said Shanker. "To separate the population from the insurgents who intimidate them, and all of the corruption and pressure. And the argument goes that if the population feels secure, they will then support the central government; the country will grow and stabilize.

"But it's kind of a risky strategy in some ways, because by focusing a limited number of troops only on the major population centers, you are in effect surrendering vast parts of the countryside to the insurgency."

According to Shanker, the areas under protection would be population centers vital to infrastructure that supports quality of life, an idea put forth by General Stanley McChrystal.

"So he's looking at a couple of the more fertile agricultural areas, a couple of the industrial belts, and the major highway systems that link Afghanistan cities, as well as the country, to neighboring Pakistan and Iran. If he gets the full request, that really means a significant number of troops, and that's what they're trying to debate right now."

Shanker says the debate is no longer whether President Obama will send more troops, but how many.

"The real question is, how fully will they embrace a population-centric counterinsurgency strategy. If so, how many more brigades will be assigned to which cities, which highway systems, which agricultural and industrial areas."