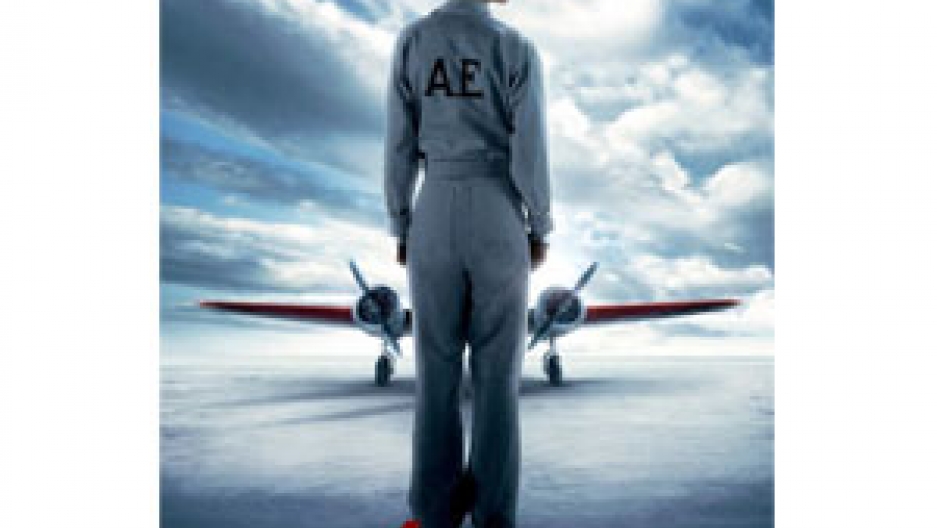 It is late October, and that means that the Oscar contenders will begin to show up in theaters.  One of these is in wide release, and everyone is wondering if it is actually going to be a true contender:  "Amelia," the biopic of pioneering aviator Amelia Earhart.

Will this be Hilary Swank's third Oscar-winning role?

Rafer Guzman, film critic for "Newsday," and Karina Longworth, editor of "Spout," say the movie will certainly be positioned as a contender for the award. But they're not sure Swank's latest role is actually worthy.

Guzman says the character of Amelia Earhart isn't the most dynamic protagonist on screen, and doubts whether audiences will respond to her.

"The movie is very understated, even though it tries to go for this really grand, romantic feel.  The title character is pretty interesting.  She was a taciturn Westerner; she wasn't exactly Ray or Johnny Cash, and she doesn't really come across as the most dynamic person on the screen.  Hillary Swank, true to the character, plays her that way, but I'm not sure that will galvanize audiences."

"I think one of the problems with the film, and this is a problem that a lot of biopics about women tend to have, is that they choose to express her feminist instincts primarily through her relationships with men," says Longworth.  "Is there really not anything more interesting to say about Amelia Earhart than that she cheated on her husband?"

Actress Hillary swank has not had a typical Hollywood career. Setting aside her first movie, "The Next Karate Kid," she has been quite careful about choosing non-characteristic, non-romantic leads that ended up winning her two Oscars so far.

Longworth doesn't feel that this new film will add more bulk to her awards shelf.

"It's possible that she is a big enough star now, that, like Meryl Streep, she basically gets nominated for Oscars for whatever she does ... This movie really does put her in more of a romantic lead role than she really has played on such a high profile before, and it's not particularly convincing. She is not very good at being a vulnerable human woman."

Guzman agrees. "Maybe not for that reason, but I do feel that the role itself doesn't give her a chance to check off the actor's checklist: There is no drug problem, she doesn't get to scream and cry and go through grief, and I think when it comes to Oscar season, people really want to see that kind of thing.  That's not quite in the movie."