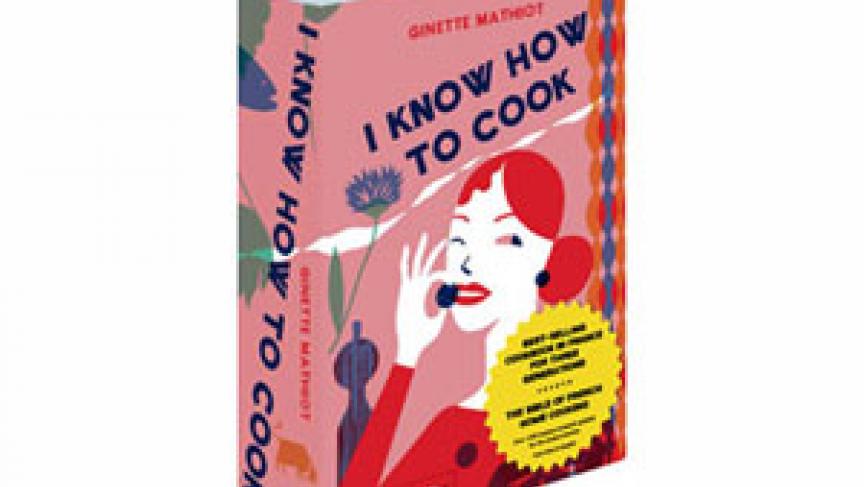 Chef and blogger Clotilde Dusoulier lead the effort to make the bible of French cooking, "The Joy of Cooking," accessible to English speaking home cooks. Recently on "The World, she talked to anchor Marco Werman about her work and the book’s recipes.

"I Know How to Cook" is the name of the American version of the cook book, and hits US stores this month. The original version is in French. Accordingly, just about every household in France has a copy of “Je Sais Cuisiner.” Now 77 years after its first publication, it’s been translated for the first time.

Dusoulier adapted it for English and says she was very literal in the adaptation. The translation keeps intact such classics as boiled veal tongue for readers in the U.S.

"The book is very much a reference book on how to cook classic French dishes. So from the most basic vegetable meat and fish dishes to things that are a little more unusual such as innards and offal parts but that’s really more anecdotal I would say on the scale of the book which includes 1,400 recipes."

Many of the recipes are quite accessible; a few remain obscure. The book also features color photographs, a big difference from the very grey original “Je Sais Cuisiner.”

"It’s true that the French version is very much a paperback style kind of book that people keep on top of their fridge and don’t really think of as a glamorously designed book, but still one that serves its purpose beautifully."

In France, the original “Je Sais Cuisiner” remains relevant.  Dusoulier says it serves as a practical, how-to kind of purpose.

"In France it’s very much the kind of book that the parents might give their child when he or she leaves the parent’s home. It’s used very much as a reference book. For instance you want to make a roast and you just want to know how to cook it. You know for how long and how you should prepare it. The kind of side dish that you might serve it with. So it’s a very practical oriented book."

Dusoulier says it's hard to select a few favorites from the 1,400 recipes in the book, but she's managed to do that.

"For instance I like the gouzer which are the cheese puffs ... I like them because first of all they are very, very good. Also they’re not that hard to make and they really make an impression because not everyone knows how to make patachou, the pastry dough that goes into those. But it’s really very simple."

"The big difference between Julia Child’s book and Ginette Mathiot’s book is that Julia Child had a professional culinary training, so her repertoire of recipes were very much chef recipes with all the technique and the sophistication that that entails. Whereas Ginette Mathiot, she was a home economics teacher, so in her book she takes home-style recipes and tries to teach them to home cooks. So they’re a lot simpler and in my opinion, less intimidating."

For those trying to impress some guests by cooking something that’s totally French but doesn’t take a lot of effort, Dusoulier has a suggestion:

"Well I have one dish that I plan to make for friends who are coming to dinner on Saturday and it’s called Lamb Shoulder Provencal. And it’s a stuffed and rolled lamb shoulder. So you basically make a meat stuffing with herbs that you spread on the lamb shoulder. You roll it up, tie it up, with string which is always impressive for some reason. And then you baste it for two and a half hours. It’s a very simple but rather impressive dish.