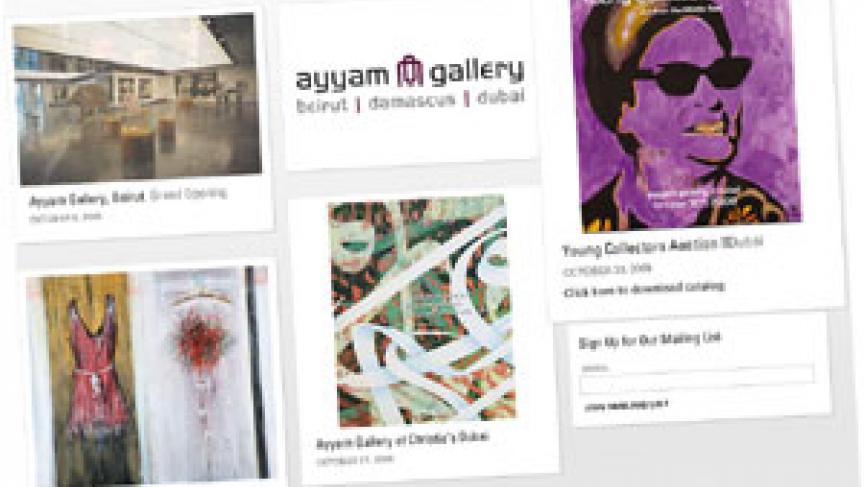 The Beirut Art Center recently showed short films by Lebanese artist Akram Zaatari to a standing-room only crowd. This new gallery of modern art is the first of its kind in Lebanon.

Sandra Dagher, who created the space with a partner, says it's filling a niche many locals didn't realize was there. "We exist now because of all this dynamic, and maybe there was just a need of time for this to happen here."

Part of the dynamic in Lebanon was the after effects of a 15-year civil war that made buying or even viewing art a luxury. But even more important were the events of 9/11.

"There has been a huge spike in interest on the part of Western institutions in finding out more about what was happening artistically in the region," said Kaelen Wilson Goldie, an art critic for "The National," a newspaper based in Abu Dhabi.

She says the art world is often influenced by the headlines and that was especially true in the years following 9/11.

"Just an interest on the part of Western institutions – museums, public art spaces – in finding out more about what was happening artistically in the region at a time when Arabs and Muslims seem to be vilified in America and in Europe, whether for immigration policies or the war on terror."

What the art world found was a cross section of styles from different ethnicities and traditions. Kurds or Turks doing realism. Muslims painting in a cubist style. Christians dashing off abstract expressionist work.

"You [wouldn't] believe how many museums come and how many foundations came to meet me and to visit me," says Fadi Yaziki, a Syrian painter and sculptor. He says no one paid attention to his work until a few years ago.

Yaziki says foreign diplomats in Damascus caught on soon afterwards and bought up dozens of pieces at once. And now they’re not cheap. His work sells for about $10,000 to $20,000. Galleries have opened in recent years, run by savvy owners who realized they could market contemporary Middle Eastern art.

The Ayyam Gallery is the first in Damascus for modern art. In 2001 Syrian Swiss banker Khaled Samawi sold his finance company to focus on his passion and make money in the process. Samawi says when he started the Ayyam Gallery there was little interest in modern Middle Eastern art, but he knew his clients and he got them hooked.

"Somebody who is in New York or who’s in Sydney or who’s in Hong Kong who likes art. They’re sick of having their Picasso and this is a Van Gogh and this is this, this is that," says Samawi.  "Every hedge fund manager has a Picasso or a Van Gogh or a Matisse in his home in New York. All of a sudden having something that comes from Syria that you bought in an auction in London or in Dubai or you ... have a nice story to tell somebody."

Samawi says he’s trying to ensure this isn’t a quick fad. He spends a lot of time cultivating talent. Because the market is still so young artists here aren’t used to being represented by galleries. Or for that matter making much money. One artist, Othman Moussa, used to moonlight in his father’s bakery. Now his still lifes sell for thousands of dollars.

Since the global economic downturn Samawi says prices have dropped by about 30 percent, but you shouldn’t feel too sorry for him. In the gallery’s first few years Samawi watched prices go up by 300 to 400 percent. And this year he’s opening his third gallery in Lebanon’s capital.