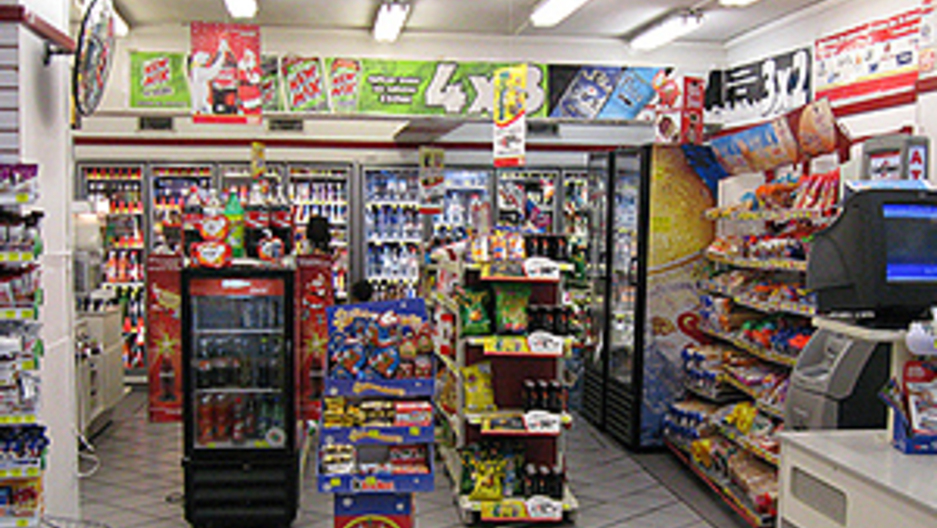 A wave of obesity blamed (at least in part) on kids slurping cheap slushies and scarfing chips from local convenience stores has the Los Angeles City Council considering an unusual proposal: Limiting the development of new corner stores in South L.A.

Is the council's proposed moratorium a smart way to address a public health epidemic? Or is it an unfair attack on the convenient storefronts that serve low-income neighborhoods, where big chain grocery stores don't dare to enter?

"I think this is ridiculous what they are trying to do," said one store owner. "The government always tries to do things the wrong way. If they want to do something to help obese people, they should create a campaign of education, teach them how to eat and drink properly."

Public health expert Dr. Deborah Cohen co-authored the study that prompted the proposal from the LA City Council. The study says people consume more calories from convenience stores than they do at McDonald's or Taco Bell.

"The reason why we have this obesity epidemic in general is that people have easy access to too much food with too high calories and too few nutrients," said Dr. Cohen.

"There's just so many cues to eat that actually artificially stimulate people to feel hungry. And that's the problem -- we have too many food cues that make us hungry, and make us eat too much. People were designed to overeat."

Lark Galloway-Gilliam, the executive director of a nonprofit health policy and education organization in South Los Angeles, says the proposal from the city council isn't about closing existing stores, but about "being more strategic" in where new stores are placed.

"Can we use that land more strategically to actually try to begin a campaign to bring grocery stores in, and to make sure that there's not a convenience store or fast-food outlet on every corner where we find a school, for example."

Jeff Lenard, the spokesperson for the National Association of Convenience Stores says there are many factors that contribute to obesity. "The convenience store model works in Japan -- there's not obesity there. It's obviously a bigger problem than the stores, but the stores certainly want to be a part of the solution."

Dr. Cohen's study suggests one solution is to stop the appeal of foods that cause obesity, and she points to one industry that's been impacted by this type of approach.

"I think the tobacco campaigns were really great examples of the direction we need to go in for controlling obesity," said Dr. Cohen. "In tobacco they had a lot of counter-advertising messages ... the negative consequences of tobacco; and we need those campaigns against the kinds of foods that are associated with obesity, like sugar-sweetened beverages, cookies, candies, sweetened baked goods."