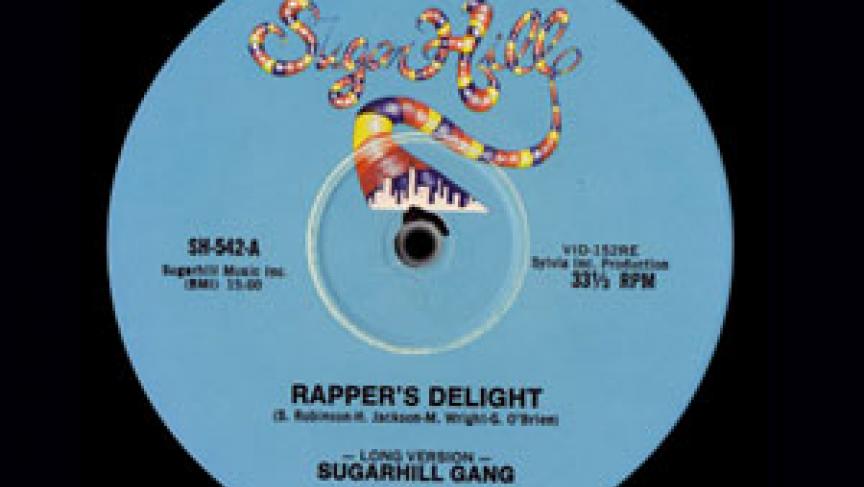 The Sugarhill Gang's "Rapper's Delight" hit the disco and pop charts 30 years ago this week, transforming hip-hop from live street performance to a mainstream moneymaker.

Influential DJ Paul Miller was in his pre-teen years when "Rapper's Delight" first came out. He recalls his first hearing of the single.

"I grew up in Washington D.C., and one of the things that you really have to realize is that D.C. has a style called go-go, which was really influential on early hip-hop. So, you have Troublefunk, where a lot of bands have sampled them -- the Beastie Boys, BDP (Boogie Down Productions), and so on.  But, when you heard 'Rapper's Delight,' it spread like a virus ... one day it didn't exist, and the next day it was everywhere."

Keith Shocklee of The Bomb Squad, and a producer for Public Enemy, saw it make the transistion from local, mobile DJs to hitting the pop charts. "We had rap records, but when that record went to mainstream, that is when everybody went crazy because it was based off of a popular record, 'Good Times.'"

In a BBC interview, Sugarhill Gang member Wonder Mike described how he auditioned for the album's producer Sylvia Robinson, and how some of his performance made it on to the single.

"I was sitting there thinking, 'Damn, this could be the opportunity of a lifetime; speak the hell up.'  So I said, 'Miss Robinson, I rap, too.'  She said, 'OK, let me hear you what you got,' and I started going off.  The hip, hop, hip it -- I started talking about the dog, the books in the library, because that is where we were."

While the song has its roots in that on-the-spot improvisation, there is a different message in the final version.

Paul Miller, better known as  DJ Spooky, says the song is about celebrating every day life. "It's about friendships, it's about having dinner at somebody's house, it's about just going down the street and watching everything around you, which is the beauty of early hip-hop.

"After the 70s -- and you have to remember urban decay -- you have Robert Moses who had then the Cross-Bronx Expressway and wiped out a whole bunch of neighborhoods. People didn't have a place to gather. The social space of the park, with DJ Kool Herc and the Outdoor Sound System, the mobile DJ really set the tone for that."

Many say "Rapper's Delight" was completely game-changing in the history of music.  Mark Anthony Neal, professor of black pop culture at Duke University, says the song did something that had not been done before.

"I think for us, in those early days, when you think about hip-hop, it was something that was still very much in the street, very much still in the park. The idea of the two turntables plugged into the lightpost, siphoning the electricity ... suddenly, it was on the radio, and it makes this transition from a live urban artform to something that is commodified and can be bought and sold, and can be circulated around the globe."

Neal says the bridge between foundations like "Rapper's Delight" and the current crop of hip-hop hitmakers is tenuous.

"You have to remember: The stuff that folks think of as mainstream hip-hop is really a small percentage of the stuff that is being produced. It is the stuff that people have obviously consciously marketed for various reasons: The spectacle of black criminality, the spectacle of dysfunctional black masculinity -- that is big business; sex and violence and drugs et cetera. There are folks within the hip-hop community, rap artists that are willing to provide that kind of product.

"Much of it remains outside of the commercial realm, outside of the stuff you are going to hear on urban radio. Most of that stuff is still an advancement of the kind of energy and innovation that you saw in the very early days. I think we need to remember that it is much broader than the little slice that gets presented to us in the mainstream."

The conversation with Miller and Shocklee continued off-air -- check it out: