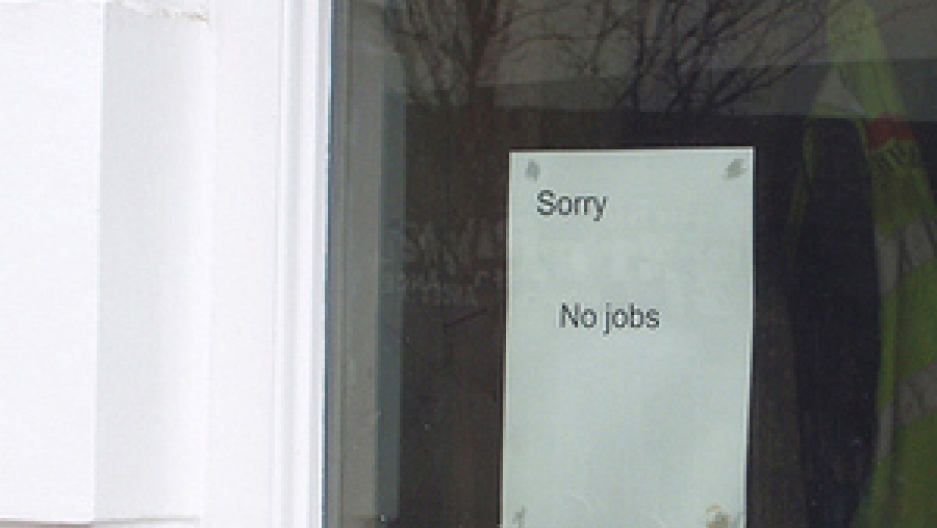 It's an argument between the states. Last month the House passed a 13-week extension in benefits for the unemployed -- but only states with jobless rates above 8.5 percent qualify. Many states, like Maryland fall, short of that.

Rep. Elijah Cummings (D-MD) says the restrictions don't make sense. "When I think about it, it just seems a bit unfair, because a man in Georgia is suffering just as much as a man in New York."

Cummings says it's misleading to only look at a state's overall unemployment rate. "There are areas in Baltimore, I would imagine in the 7th Congressional District, where you may have unemployment as much as 20 percent, and it's really sad."

The jobless rate in Baltimore City as a whole is indeed higher than the state's, at more than eleven percent.

Rep. Frank Kratovil (D-MD) says he voted for the House version of the legislation even though it didn't include Maryland. But he says he did so with reservations.

"I had concerns with it and a lot of us did," Kratovil said. "My view was though the fact that Maryland was not included was not a reason to not extend benefits in those states that were over the 8.5 threshold."

Still, Kratovil supports including Maryland and other states once the Senate takes up the issue. And Maryland has a champion in that chamber.

Sen. Ben Cardin (D-MD) is just one of many lawmakers who say they want to rectify the situation. "I think probably all states should be included. There are pockets in all states where it’s virtually impossible for people to find employment."

This is an issue that's bringing Democrats and Republicans together. Rep. Roscoe Bartlett (R-MD) says he usually wouldn't agree with a benefits extension like this one. But this time, things are different.

A new compromise in the Senate would do just that. It would extend Federal unemployment benefits nationwide. Meanwhile, states with high unemployment would get a more generous package.

Kratovil says Congress has to draw the line somewhere. "I think it's probably a good idea to perhaps differentiate those with 8.5% or more and those below, you could do it for less time."

Cardin says the bottom line is making sure Maryland and other states like it don't get left out. "We are under extraordinary times; the benefits should be extended to all."

But even if Senate lawmakers pass a compromise, they still have to reconcile their version of the legislation with the more restrictive House version. Senators say they want to vote on the issue as soon as possible.