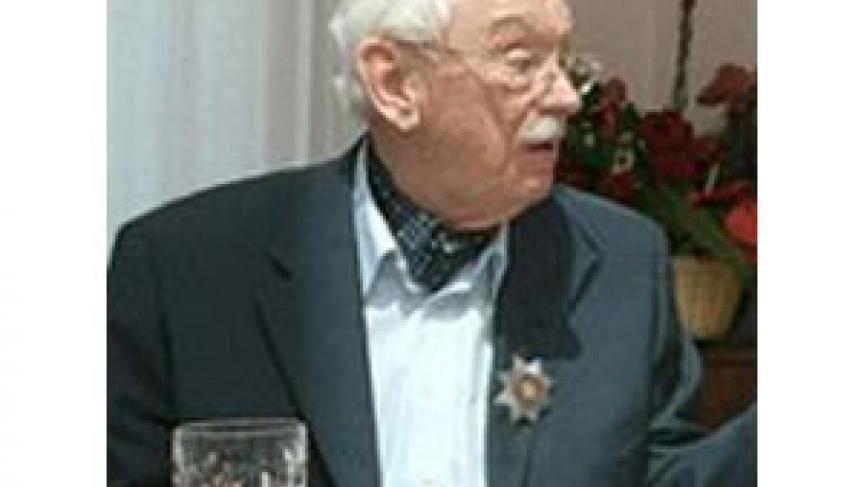 Story by Alex Gallafent from "The World."

The words are kind of what you'd expect:  "God save the noble Tsar!  Long may he live," etc. Standard stuff.  And it worked fine, until 1917, when revolution entered the bloodstream.  By 1922, a workers' anthem was in the throats of Russians: The Internationale.  "No one will grant us deliverance," rang the words.  "Not god, nor Tsar, nor hero."  But a hero figure due did emerge, at least in Soviet propaganda: Josef Stalin, and the hero needed an anthem.

The Hymn of the Bolshevik Party was written in 1939.  Its words praised the Party of Lenin, the party of Stalin, wise party of Bolsheviks; but Stalin commissioned new lyrics from the late Sergei Mikhalkov.  The new anthem was unveiled in 1944.

Stalin’s cult of personality made a name-check necessary, but when he died in 1953, the Soviet Union began to de-Stalinize the country.  That included the national anthem.  For the next couple of decades, the Soviet Union did without lyrics; but in 1977, Sergei Mikhalkov popped up again.  This time he left Stalin out and focused on Lenin.  Now the refrain referred to the Party of Lenin, the strength of our peoples and Communism’s triumph.

That's how it stayed until the Soviet Union collapsed in the early 1990s.  Boris Yeltsin scrapped the old anthem, replacing it with a tune by the 19th century composer Mikhail Glinka.  Yeltsin held a competition for lyrics, but he was out of power before the words had been officially unveiled.  Vladimir Putin took over; he brought back the old tune, and for a third time, the state turned to Sergei Mikhalkov for new lyrics.

The current refrain goes, "Be glorious, our free Fatherland, long lasting union of brotherly peoples, common wisdom given by our forebears.  Be glorious, our country, we are proud of you!"

National anthems are meant to sound like they’ve existed for all of time; they’re bits of musical mythology.

But old tunes have a habit of cropping up in strange places.  Take "God Save the Tsar" -- over here the tune has another home: The University of Pennsylvania.