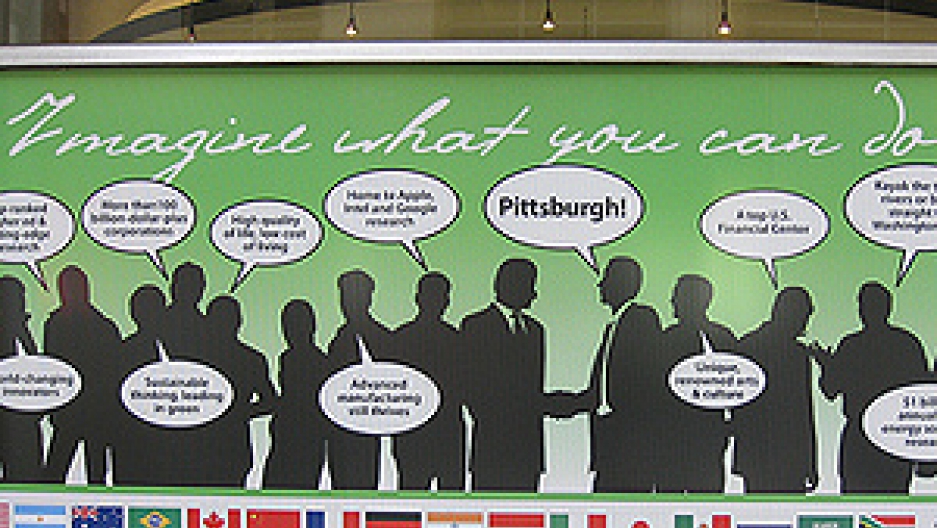 What should bankers be paid and how much money should banks be required to keep on hand? Those are among the questions on the table as leaders from the world's 20 largest economies meet in Pittsburgh.

Reportedly they are close to agreement that nations would agree to an international board of directors; that they will toughen rules against tax havens; that they're regulate bankers pay; and require banks to keep more capital on hand against possible future losses.

MIT professor Simon Johnson says, don't get your hopes up for meaningful economic regulation. Johnson is also senior fellow at the Peterson Institute for International Economics.

"In terms of the direction of change, they've got the sign right, but it's way too small," he said. What they're proposing in terms of capital for banks, it would be insignificant, inconsequential.

"I'd like to see much more dramatic moves. And I would caution on executive pay: that's a symptom, not the underlying cause. The underlying cause is the lack of capital in the banking system that lets them take these massive irresponsible risks. And when it goes wrong, they can stick the taxpayers with the bill."

Johnson says there are three lessons to learn from the Wall Street crisis: that our financial system has become dangerous, that the mismanagement of it was not accidental, and that the weak regulation that made it all possible was not a mistake.

He blames the close relationship between Washington and Wall Street for the last point: "I think you have to jam this revolving door between Wall Street and Washington. I would not let people walk out of a failing Wall Street firm one day, and the next day be in charge of a bail out program for saving that firm and his friends. It doesn't make any sense."