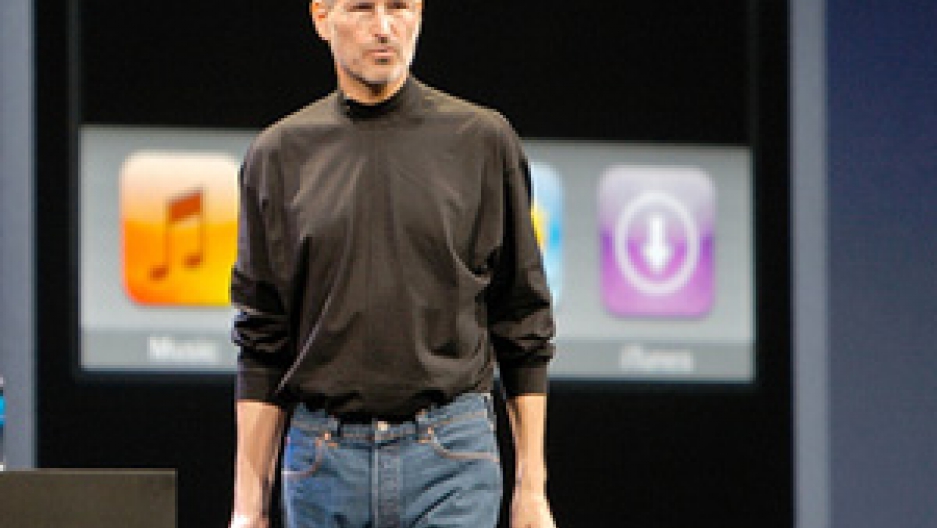 Steve Jobs had been away from his position as Apple's leader on sick leave, for what turned out to be a liver transplant. In an unusually revealing speech at Apple's media event on Wednesday, Jobs spoke about his illness.

Starkly slim, in a black t-shirt and jeans, Jobs announced, "Five months ago I had a liver transplant, so I now have the liver of a mid-20s person who died in a car crash and was generous enough to donate their organs. And I wouldn't be here without such generosity. I hope all of us can be as generous and elect to be organ donors."

He pointed out that he was back and in control, "So I'm vertical, I'm back at Apple, loving every day of it and I'm getting to work with our incredible talented teams to come up with some great new products for you all in the future, so it's wonderful."

"Wired" senior editor Steven Levy was at the event, and said on "The Takeaway" that it served primarily as a venue for announcing Jobs' public return to the role of CEO -- and top sales guy -- at Apple.

"If you step back and look at the nature of the products that they announced, they really didn't announce any new products; they announced upgrades to existing products. And these weren't terribly radical in and of themselves -- they were all very nice improvements, particularly the camera in the Nano which is a very interesting development. It'll help the iPod for Christmas season.

"People came from all over world, bought their cameras, big registrations -- it's really unthinkable that any other company but Apple would have an event of that scale for an announcement of this level -- it really was about Steve."