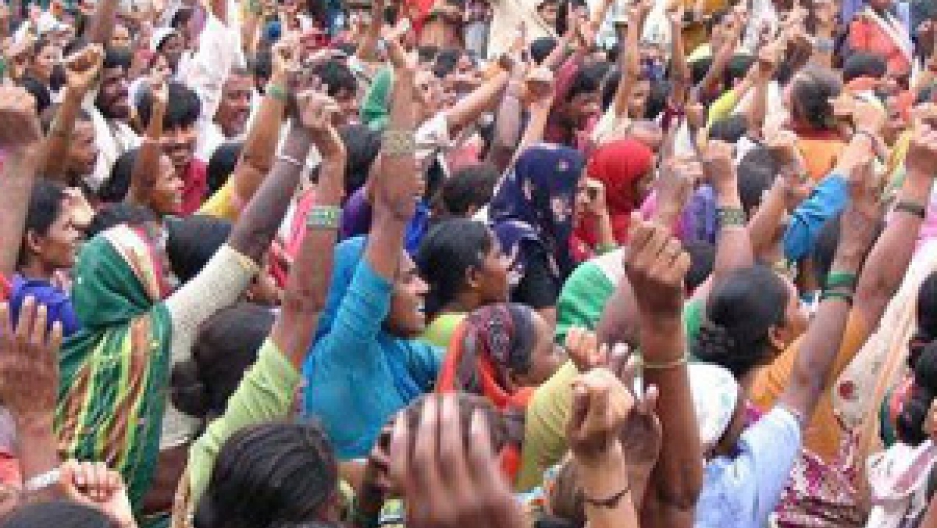 Nick Kristof, a columnist for "The New York Times," and his wife Sheryl WuDunn, a former correspondent for the publication, are authors of a new book called "Half the Sky: Turning Oppression into Opportunity for Women Worldwide."

In the book, they argue that the moral and political plight of women around the world are intrinsically connected to political and economic instability.

"What we're talking about is basic, equal human rights," said WuDunn. "If you don't educate and empower women, you just can't begin to tackle poverty and extremism. And we can't advance US interests throughout the world. It's kind of strange that we could put a man on the moon, but we can't treat women as human beings."

China's current economic growth is a result of empowering women, WuDunn posited, "Partly because it allowed girls to get educated and it allowed girls to go into the workforce -- which is very important -- look at their economy right now. Women helped jump-start the entire economic juggernaut of China because they were allowed to work in factories."

Another example, said Kristof is, "If you compare Pakistan and Bangladesh ... there are [a variety of] reasons for their different outcomes; but one is microfinancing and one is educating the girls, and today because of that, Bangladesh is stable and has a much better future than Pakistan does."

WuDunn believes that the empowerment of women as a political movement around the world is at at tipping point, starting within the US:

"Certainly within the country, the feel is like that -- not only in the political sphere, with the new appointments with the Women for Global Issues in the State Department, with Hilary Clinton marshalling this idea; but also in the business sphere, you've got corporations now taking on this issue in their corporate responsibility area; and in the civilian population."