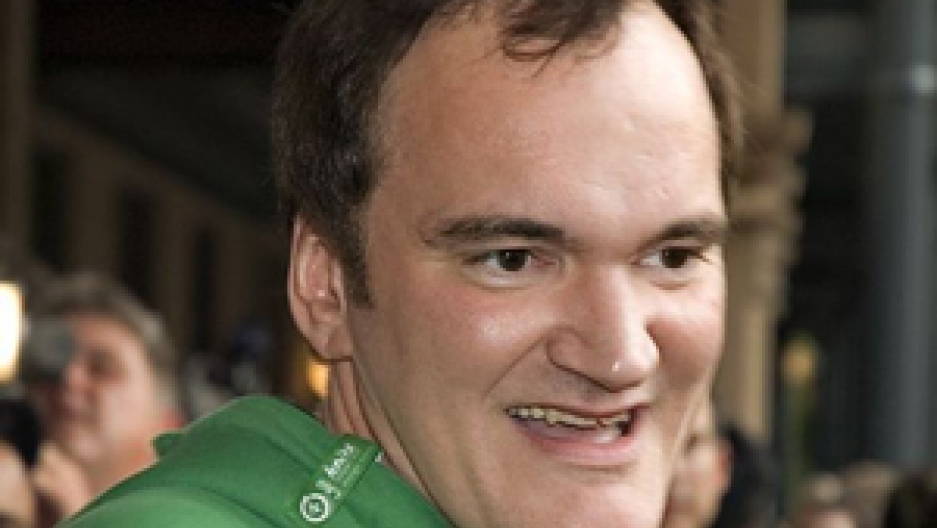 Academy Award-winning filmmaker Quentin Tarantino has an impressive roster of films under his belt -- from "Reservoir Dogs" and "Pulp Fiction" to "Kill Bill" and the most recent "Inglourious Basterds".

Recently on "The Tavis Smiley Show," Tarantino shared the story behind "Inglourious Basterds" and how he came to chose Brad Pitt to play the lead character, Lt. Aldo Raine.

"It takes place in World War II," said Tarantino. "Brad Pitt plays an army lieutenant  who leads a group of Jewish-American soldiers behind enemy lines. Basically, their job is to just kill Nazis ... to terrorize the Nazi high-command.

"Often times I'll come up with a character and I'll have an actor for that person, and then I'll even have a second choice and a third choice. But then once I came up with the idea of Brad playing Aldo Raine ... I couldn't come up with anybody else because he was just so kind of perfect for the character."

Tarantino came up with the concept for "Inglourious Basterds" ten years ago, but the story was too "huge" at the time to make into a movie, "So I put it away and did 'Kill Bill,' and when I came back to it, I just realized that it was this scenario that just kept being too huge. So I came up with a whole new story line to put these characters in that I came up with."

His love of films has led him to produce movies across a number of genres -- from science fiction and martial arts to blacksploitation and horror. Tarantino explained that he takes advantage of a genre to tell his own stories.

"I do like certain genres -- I like crime films, I like Westerns, I like war films ... and what I like about it is ... telling my story and being more personal with it -- I try to tell my story but ... as opposed to writing autobiography things, instead, I hide inside the genre. So I can just tell my story the way I want, but I'm being very, very personal; but I get to hide in plain sight."

Tarantino likes to start with developing characters and then lets them determine the story line, "My job really is to create characters, and then the characters do it. The characters take it, and there's a big aspect that it's really out of my hands."

His style of storytelling in a film is uniquely his own, and he says he appreciates that audiences are willing to play along, "Audiences, they have a little patience with me. They know that, 'ok, maybe I don't know what's going on now, but I know I'm in good hands with Quentin. At some point he's going to let me know what's going on and then it's going to make a lot of sense, and then I'm going to be down with it.'"