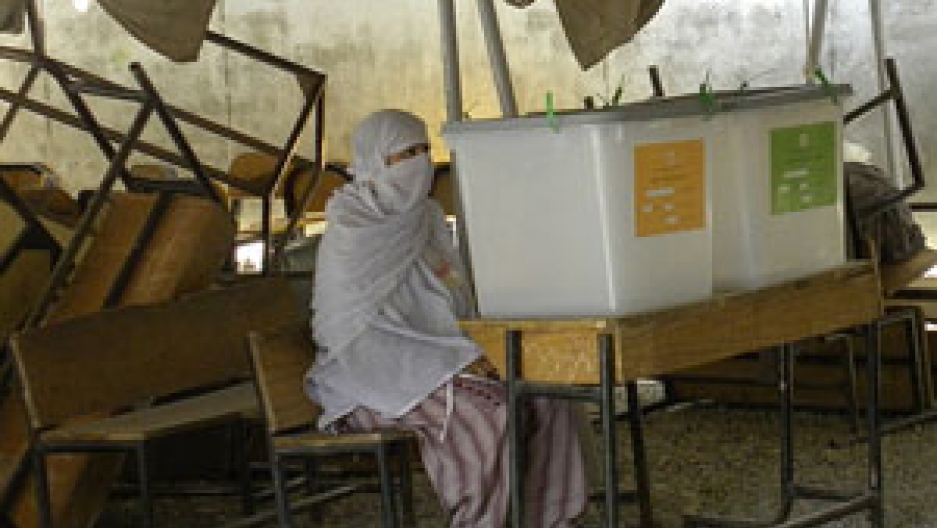 Democracy International is one of many international organizations that monitored the vote in Afghanistan. Given the volatile situation election monitors operate within, there is reason to worry about security.

Cowan says, "The amount of security that we provided our observers is extraordinary. And even with that we are of course very concerned about their safety. Almost all of these observers have broad experience. They’ve been in, perhaps dozens of other countries, and so they’re able to bring a comparative analysis to the process.

"We don’t look at elections or observe them in a vacuum. We look at them in the context of the society in which these elections are held and try to make a judgment about whether or not the process the voters have gone through has given them some legitimate possibility of expressing their freewill."

That can be a subjective matter.  Many expect that there will be some amount of fraud and the question is at what point is it too much? If monitors say they’re going to tolerate a limited amount of fraud, what is limited and what is acceptable?

"I think the question of what’s tolerable is really a decision to be made by, in this case, Afghan voters. They understand this process better than observers will. They know the officials who operate in their own polling stations and if there are attempts to manipulate the vote count almost without question.

"If that type of fraud is of a nature and of a scale to be able to change the outcome of the election the Afghan people will know it and they simply will not accept the process as having been legitimate," says Cowan.

The Afghan people at this point have very little to compare their election to, since their democracy is relatively new.  The monitors are the ones who have been able to compare it to elections in Albania and many, many other places.