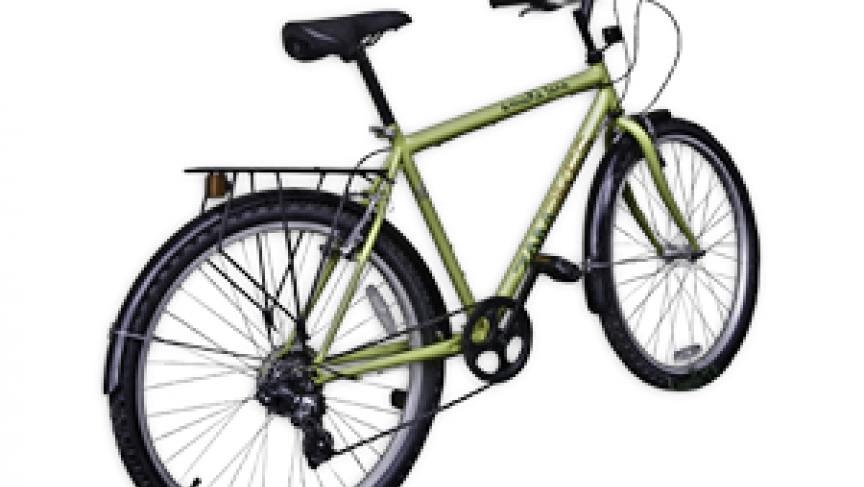 Many African countries export the raw materials needed to manufacture goods in the West, but a company in Zambia is assembling a product that may have a big market in these environmentally conscious times. We're talking about bicycle frames made of sustainable bamboo. The company is making the frames for sale in the United States.

Reporter Jo Fidgen filed this report from Lusaka for "The World."

Bamboo several meters high being hacked down in a field outside Lusaka. Next year, these stalks of the super-grass could be in the United States, being ridden to work. They're destined to become a bamboosero -- a bicycle with a bamboo frame.

Divilance Machilika is Operations Coordinator at Zambikes, which develops hard-wearing bicycles suited to Zambia’s bumpy road. The bamboo bike is the latest addition to its catalogue.

Vaughn Spethmann set up Zambikes two years ago with a fellow Californian and two Zambians. Spethmann says bamboo is cheaper and more environmentally friendly than conventional bike-making materials, but that it's still extremely strong and durable.

"Bamboo is so great for bikes because when you're going on long rides and the terrain is tough, bamboo has shown that it's a shock absorber so you actually have a smoother ride," said Spethmann. "And it doesn't cost a lot in Zambia, it grows like crazy. Zambia is a country that imports from the developed world like crazy, so to send something out that is Zambian-made of Zambian materials is a huge thing for Zambia as a whole."

Zambikes co-founder Mwewa Chikamba looks at the orders coming in through the company's website. It seems customers in the US and elsewhere aren't put off by a price tag of nearly $500 dollars for a bamboo frame and $900 for a completed bike.

"People buying the bamboo bikes are excited," said Chikamba. "They're getting something from a third-world country going into the first world. And secondly, they’re getting something grown naturally, you don’t have to get all this steel. We are using the returns to train the unskilled labor force we have."

Chikamba says the difficulties of doing business in Zambia add to their costs, "We have a problem, firstly, with bureaucracy. It's not easy to get things done out here. And of course we have very high taxes. Getting capital and raw materials is not that easy."

The company has trained its staff -- currently 45 strong and growing -- and encouraged them with interest-free loans to buy bikes to set up their own businesses. Some, like Divilance Machilika, have boosted their income on the weekends, transporting eggs, charcoal, and other goods for sale in the city.

"I was just working in the farms – manual work," said Machilika. "But this time, my life has changed. I'm learning a lot here. I'm running my own business. Last year, I planted maize and this year I'm selling it, which is awesome. I can support my family, my wife. Life is better."

Meanwhile, in the workshop, Divilance and his colleagues continue to sand and cut the bamboo into shape.  If they succeed in putting Zambian bikes on American roads, they'll be reinventing the country's business model, if not the wheel.

More on the bamboo bikes at Zamikes.org.