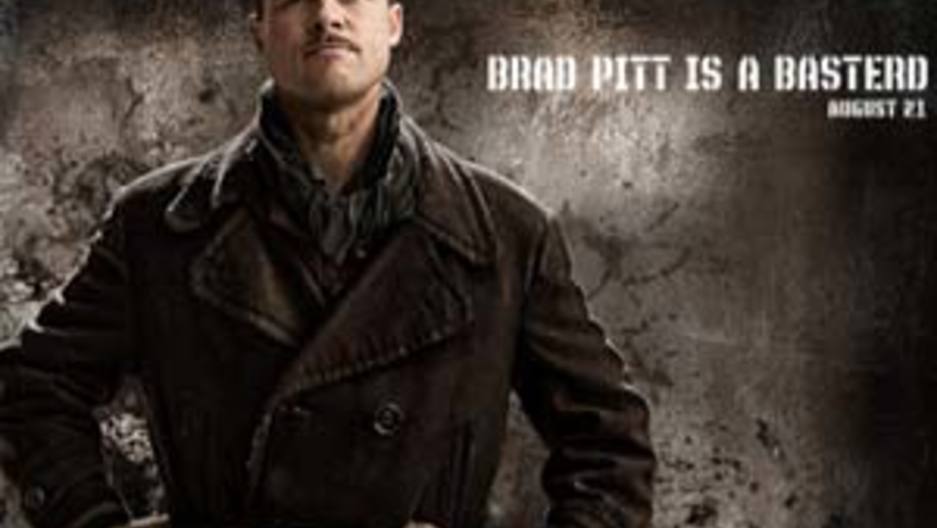 "Inglourious Basterds," the long-anticipated return to screen for director Quentin Tarantino, has been making waves since its premiere at the Cannes Film Festival.

As it's said, though, no man is an island: not even Tarantino. Lawrence Bender is Tarantino's longtime collaborator who produced "Inglourious Basterds" and seven other films with the director, including the huge hits "Pulp Fiction," "Kill Bill," and "Reservoir Dogs."

Bender has another notable collaborator: Former Vice President Al Gore. The two worked together to make "An Inconvenient Truth," for which Gore won a Nobel Peace Prize.

Recently on "The Takeaway," Bender talked about "Basterds" and whether getting to kill Hitler on screen is considered a 'mitzvah.'

"This is definitely an empowerment-type movie," said Bender. "There are some incredibly strong women characters and they ultimately ... are the ones who sort of take control and win at the end ... in this movie literally and figuratively you can say that going to the movies actually ends up saving the world ...".

"Basterds" is pure Tarantino adds Bender, "It's those great Quentin characters, it's great dialog, great music ... that wonderful mixture of comedy [and] some violence; but it also has this maturity of it."

For those who might be expecting to see a historical depiction of Nazi Germany in "Basterds," Bender warns, "This is a fantasy -- it's an imagination of Quentin's mind -- it's not a true story."

"I think he's done a mitzvah for sure," said Bender.