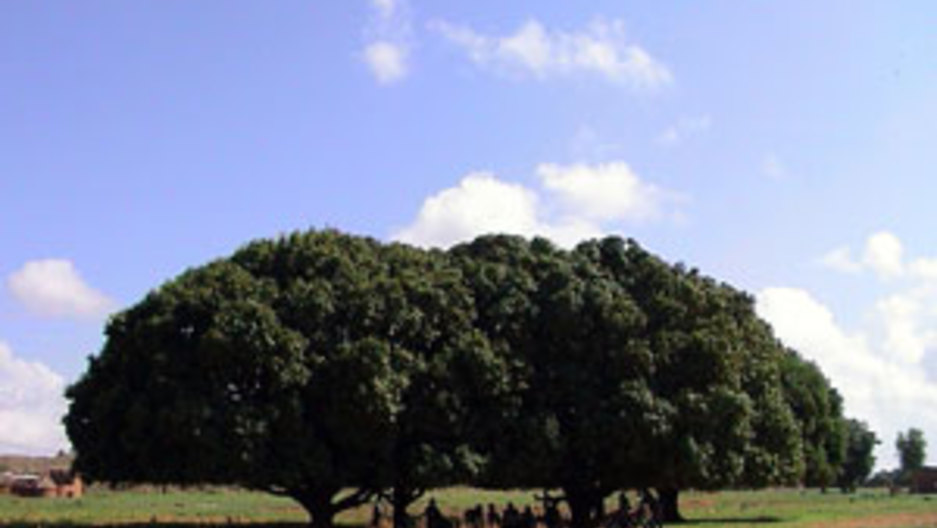 Negotiations on a new global climate change treaty continue to inch forward. There’s supposed to be a draft ready by December. That’s when representatives from nearly 200 countries will meet in Copenhagen in hopes of finalizing a successor to the Kyoto protocol. That landmark treaty was supposed to begin the arduous process of turning the world’s economy away from climate-altering fossil fuels. But the US … which was the world’s major polluter at the time … never ratified the treaty. And Kyoto didn’t require China … which is now the the largest emitter of greenhouse gases … to cut its pollution.

Both of those countries are back at the negotiating table, but time is running out.  And talks last week in Bonn, Germany produced what a top UN official called only “limited progress.”

Meanwhile, people around the world continue to cope with the effects of climate change. And the news isn’t unremittingly gloomy. In the arid Sahel region of West Africa, for instance, journalist Mark Hertsgaard recently found something of a small green miracle.  He was there researching a book on living with climate change.  And he sent this reporter’s notebook from the tiny country of Burkina Faso:

The paved road heading north from Burkina Faso’s capital ends in the hot, dusty town of Ouahigouya. Most locals here are farmers, scratching out a living in the savannah that stretches to the horizon on all sides. I’d come here hoping to get a glimpse of how Africa might feed itself under a hotter, more volatile climate. Africa already has the highest proportion of malnourished people on earth. And scientists say climate change will hit this continent hard.

I hadn’t meant to do any radio reporting here, but I met a local radio producer and hired him to record some interviews. I felt the story I was finding shouldn’t wait for the book.

The sound he recorded isn’t great, I’m afraid. His equipment was quite basic. Or maybe it was the ferocious heat. Across the border in Mali, it was 114 degrees in Timboctou, making it the hottest city in the world that day.

But the air felt noticeably cooler at the farm of Yacouba Sawadogo.

Sawadogo wears a brown cotton gown beneath his gray beard. He can’t read or write. But he’s pioneering a simple yet ingenious response to the rising temperatures and withering droughts plaguing his homeland.

Amidst his fields of millet and sorghum, Sawadogo is also growing trees. And the trees, he says, work wonders.

The temperature here is very different than in town, Sawadogo says. The forest acts like a pump. The air comes in hot. The shade cools it. So when the air leaves, it’s cooler.

Sawadogo, I should emphasize, is not planting these trees, like Nobel Prize winner Wangari Matthai has been promoting in Kenya. Sawadogo is growing them. Planting trees is too expensive, and most of them die anyway. But young trees sprout naturally every year. What farmers are doing is nurturing those sprouts, often by digging a shallow pit that concentrates scarce rainfall onto the roots.

The trees have helped my family get through good years and bad, Sawadogo says. And he says he’s shared this information with many others. He’s used his motorbike to visit about 100 villages. Others have visited his farm to learn from him.

Mixing trees and cropland is an ancient practice in West Africa, but it fell out of favor when colonial and corrupt African governments seized trees for their own purposes. Recent reforms have reduced such thefts. Now the mixing of trees and cropland is again spreading from farmer to farmer across vast areas of Burkina Faso, Mali and neighboring Niger.

Chris Reij, a Dutch geographer who’s been working in the region for thirty years, says farmers in Niger alone have grown an estimated 200 million trees.

“This is probably the largest environmental transformation in the Sahel, if not in Africa," said Reij. "There are fifteen to twenty times more trees than there were in 1975, which is completely opposite of what most people tend to believe.”

Reij says this form of agro-forestry requires little outside funding … and that makes it a more sustainable response to climate change than most western aid programs, “In the end, what will happen in Africa depends on what farmers will be able to achieve, and they should be the owners of the process, and not outsiders.”

The quiet greening of the western Sahel shows that Africans are not surrendering in the face of mounting climate change. But all forms of adaptation have their limits. If the outside world does not do its part—by dramatically reducing greenhouse gas emissions—even the most resilient African farmers will find it hard to manage. Meanwhile Yacuba Sawadogo is putting his faith in trees.

Trees are like lungs, he says. If we do not protect them and increase their numbers, the earth will fall apart.