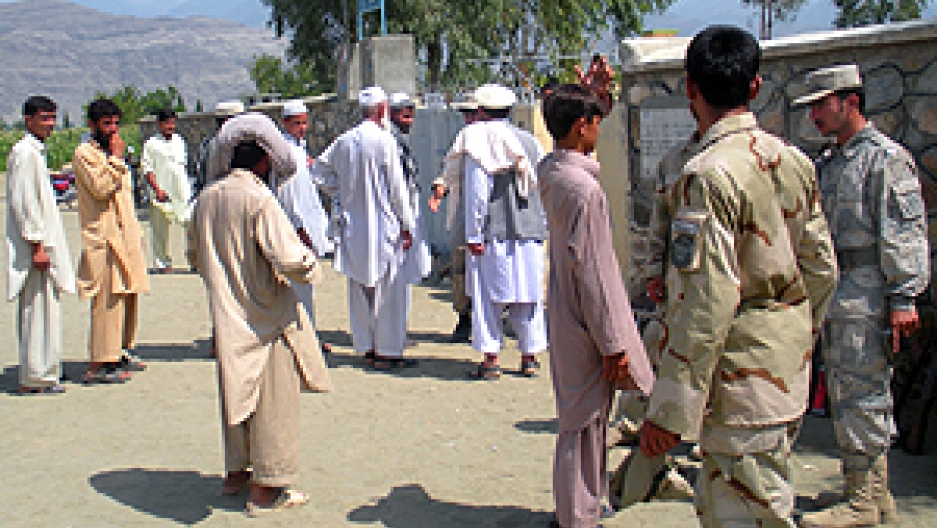 "This election is not only a political contest, it's really a test of the Obama administration's policy in Afghanistan and its entire counterinsurgency campaign," said Charlie Sennott. "If their goal was security for the Afghan people, today was not a good day for US coalition forces or the Afghan people."

Sennott is executive editor and co-founder of the global news site, GlobalPost.com. He believes that while the election will be reflective of whether the US is successful in Afghanistan, it's not the determining factor, especially for the Afghan people:

"I think the Afghan people are growing impatient with the desire to have a country that's secure and that moves forard, and the more the US calls the Taliban the enemy -- use it as a monolithic force -- the more they're going to miss the point that the Taliban has a constituency. And in Afghanistan, the shifting of allegiances is part of the history of that country, and I feel that the US military presence and the coalition presence is denying that part of the history."

This election is the second presidential election for Afghanistan, and Sennott says he sees it only as a "few steps forward" for the country. And, if incumbent president Hamid Karzai is elected again, it won't give him an automatic stamp of approval from the US.

"The US has had this on-again-off-again relationship with Karzai -- it is on again right now -- and if in this election Karzai is elected, I think the US is going to have to work very closely with him in the really difficult challenges that lie ahead, in beginning to open up negotiations with the Taliban on the one front, and really going forward with the offensive on what General Petraeus calls the 'irreconcilables' -- those with whom negotiations are not possible."

While the challenges are vast, Sennott admits that much progress has been made, "It is extraordinary to see just how far Afghanistan has come ... where it is today is a lot further along and we can't forget that."

But, he says, there's still a clear direction that's needed if the country is to move forward, "Right now the US presence in Afghanistan is at a crossroads, and I think it's very confusing to see what direction its going in. Is this a counterinsurgency campaign with an increase of 21,000 troops intended to finally crush the Taliban? Or is it intended to become a security force that will allow the provincial reconstruction teams to build the country and give it its own sense of governance.

"It really is one or the other because they're very different goals, and we have to establish what our goal is if the US and coalition forces are going to succeed, and right now that's not clear and that lack of clarity will continually undercut the campaign."