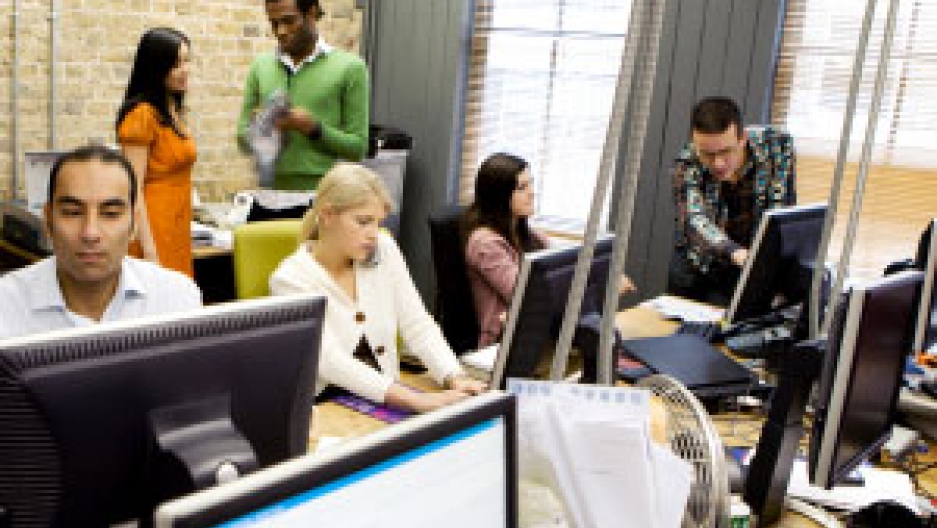 The "millennial generation" includes people born between 1980 and 1999, and the Bureau of Labor Statistics estimates that there are 40 million of them working in businesses today. Some are calling this generation "moofers" -- mobile out of office workers -- who "life-stream" their every move in blogs and on Twitter.

Dr. Joanne G. Sujansky is co-author of "Keeping the Millennials: Why Companies are Losing Billions in Turnover to This Generation -- and What to Do About It."

On "Here and Now," she explained how many businesses are struggling to accommodate this generation that wants more flexibility, extra feedback, and more opportunity for career advancement.

"One person told us he had ten millennials in his department and one by one, either they left, or he helped them leave," said Dr. Sujansky. "His feeling was their demands were demands he couldn't meet; they were impatient ... they like flex time, they want to finish their job ... and if it gets done at 3 o'clock they say 'hey, what's wrong with leaving now?'"

When a millennial leaves his or her place of employment after six months, it costs the business as much as double their salary to go out and recruit to replace them. One of the ways companies are catering to millennial workers is by creating a more informal working environment that includes televisions, "nap pods" and foosball tables.

Many believe that millennials have a closer relationship with their parents than other generations -- some say they are the most pampered generation -- and this aspect should also be considered in the workplace says Dr. Sujansky.

"We've had examples of some parents pushing to come to orientation. We recommend one of the ways to keep a millennial longer is providing -- instead of that one day orientation -- an on-boarding program that really looks at a full year and how to do the kinds of things that gets the person to feeling a little bit more loyal to the workplace."

Dr. Sujansky says "keeper interviews," when a supervisor asks for feedback from an employee about his/her working environment, is another way to keep millennials engaged and loyal.

She says this group is one of the most high-performing, over-achieving generations to come along and that's why companies are investing in them.