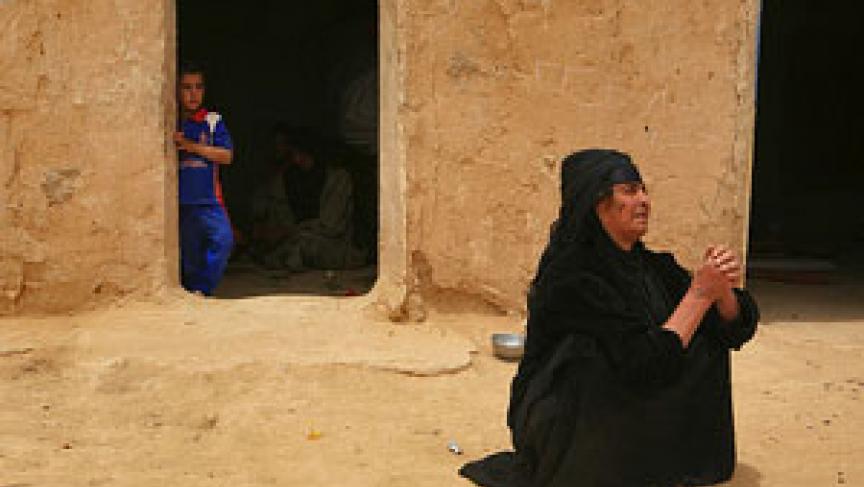 Journalist Anna Badkhen recently came back from Iraq.  While there, she witnessed all the chaos and destruction of a country at war.  She also visited a shelter for abused women in Baghdad.  The shelter is part of an underground secret network known as the “underground railroad”.  It serves women who are victims of sexual violence and domestic abuse.

In Iraqi society, abused women are often shunned by their own families, or worse.  The shelters also protect the women from the threat of so-called “honor killings”.  Anna Badkhen writes about all this in “Baghdad Underground," an article in the August issue of "Ms." magazine.  She and a photojournalist were allowed to visit one of the shelters.

"We covered up.  We were wearing our black abaya cloaks.  We were wearing our scarves.  We were put in a car.  We got out of the car in this really back alley with an auto repair shop and some candy stalls.  It’s like a typical decrepit Baghdad neighborhood.  And up two flights of stairs and through a unmarked plywood door, and there’s this shelter with rats and a lot of women – some of them with children.  I think there were 6 adult women and maybe 4 children."

The funding from the shelters comes from grants, much of it from an international aid group, Madre.  While Madre is based in New York, neither they nor the shelters receive any aid from the U.S. Government.  Badken uncovered some of the resentment about this situation.  "The woman who runs the shelters, Yannar Mohamed, she’s an Iraqi comedian.  She definitely holds the US responsible for this.  Had there not been a war, there would not have been this dire situation of 72,000 at least, widows, and who knows how many young women who are left without protection of their males, and therefore become free-for-all."