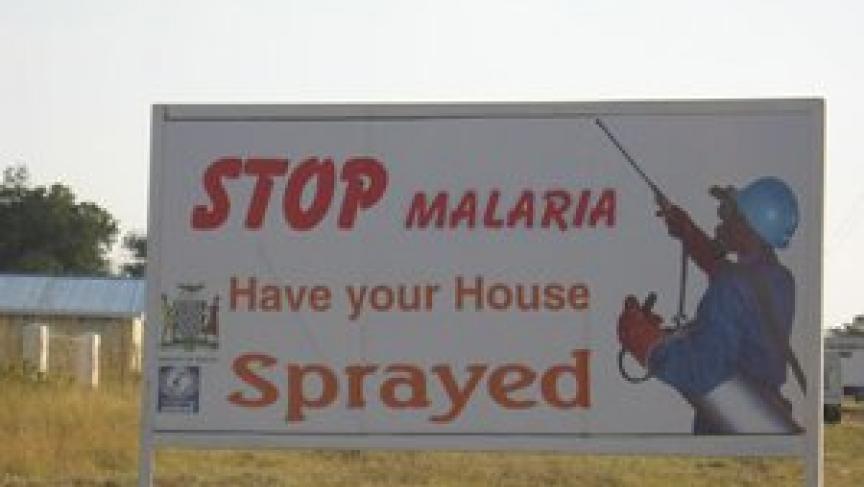 The pesticide DDT, long banned in the United States, has made something of a comeback in Africa. DDT can be an effective weapon against malaria. The U.S. government, and the World Health Organization are encouraging African countries to use the insecticide, and say it is safe when handled properly. But in the East African nation of Uganda, DDT has provoked a fierce political battle. And the experience has taught a hard lesson: effective malaria control involves more than just fighting mosquitos.

Professor Mary Berenbaum, who heads the department of entomology at the University of Illinois and writes about the relationship between bugs and people, says DDT is a useful and cost effective tool in fighting disease-carrying mosquitoes if used correctly. She is online  at "The World" Science Forum for a week to take your questions and comments about the controversy surrounding DDT -- go there now to join the online discussion.

"DDT still remains a useful tool in ... pest management in that it is very effective against a broad range of organisms," said Professor Berenbaum. "And it's also incredibly cheap ...historically it has been used very successfully to combat malaria, which is an absolutely devastating disease of plague-like proportions.

"The problem is, it's not always effective, and it's not always the best alternative. There are a lot of places where insects have developed resistance to DDT, so it really doesn't matter how much you spray, it's just not going to work. In fact that's one of the problems that contributed to some of the cases of malaria resurgence historically; not that developed nations put pressure on the developing world to remove a dangerous environmental toxin, but rather, overuse led to the evolution of resistance and lack of efficacy."

According to Professor Berenbaum, DDT didn't get its bad reputation until after it was released for use by the public, "DDT has a special place in the pantheon of poisons because it was the first of what we call synthetic organic insecticides. And the cheapness made this an amazing invention, and in fact it's dramatic use in WWII to stem burgeoning typhus epidemic in Italy propelled it into the headlines. It was used very successful to combat malaria in Pacific theater and many servicemen and GIs came home healthy as a result of DDT, so it had enormously good press.

"And following WWII, the US government had stockpiled enormous quantities of this material and they released it to the public. And that led of course to ... massive overuse because it was cheap -- you can apply it even when you didn't need it. Evolutionarily, that's a very bad mistake [which] led to resistance, led to environmental contamination and bio-accumulation of food chains, and then it kind of became the poster child for everything that was wrong with traditional use of pesticides to control insects."

Professor Berenbaum is online  at "The World" Science Forum for a week to take your questions and comments about the controversy surrounding DDT -- go there now to join the online discussion.