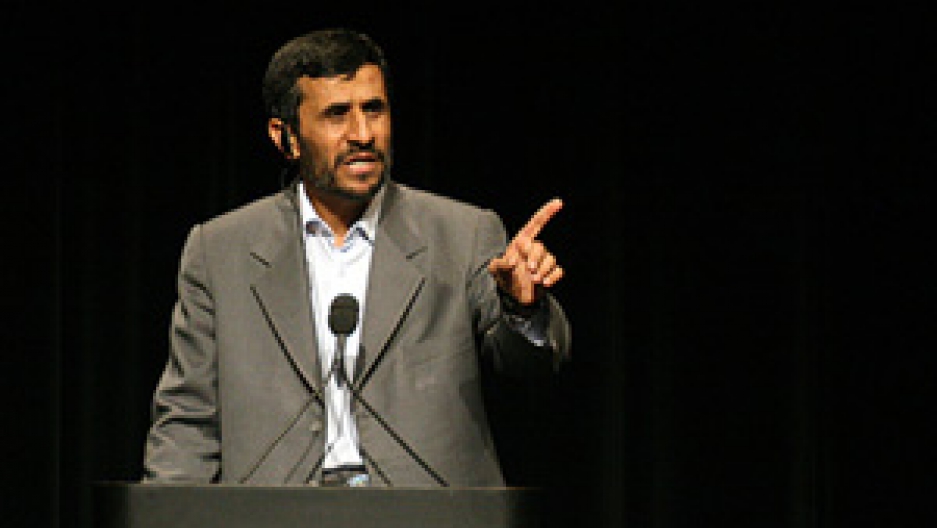 The dissent is going all the way up the ranks of power. In silent protest, several senior figures, members of Parliament and high ranking clerics were notably absent at a ceremony where the Supreme Leader Ayatollah Khamenei formally approved the 2nd term presidency on Monday.

Shaul Bakhash is Professor of Middle East History at George Mason University in Virginia. On "The Takeaway," he said Ahmadinejad going into his second term is a "much weakened president."

"He takes office in an election that many Iranians think was illegitimate," said Bakhash. "He has increasingly had to rely on force and repression, and even though he announced intentions to introduce reforms and a more prosperous economy, it seems hardly likely given the policies he pursued in the past, which were based more on the distribution of goodies rather than investing in productive programs."

The primary political issue that the Ahmadinejad regime has used in the past to garner public support -- that of foreign powers manipulating Iran -- seems no longer relevant to many Iranians.

This leads to larger implications for Ahmadinejad's standing in second term says Bakhash, "The government ... tried to blame the unrest in the country and the protest against the election on foreign manipulation, but no one in Iran believes that. And the president in his second term not only faces a discontented population at home, but a much diminished standing abroad. It's going to be much more difficult for the United States and the European countries to engage a president whose legitimacy at home is in question."

Bakhash thinks that president Obama is still interested in engaging Iran because, "he thinks the nuclear clock in Iran is still ticking."