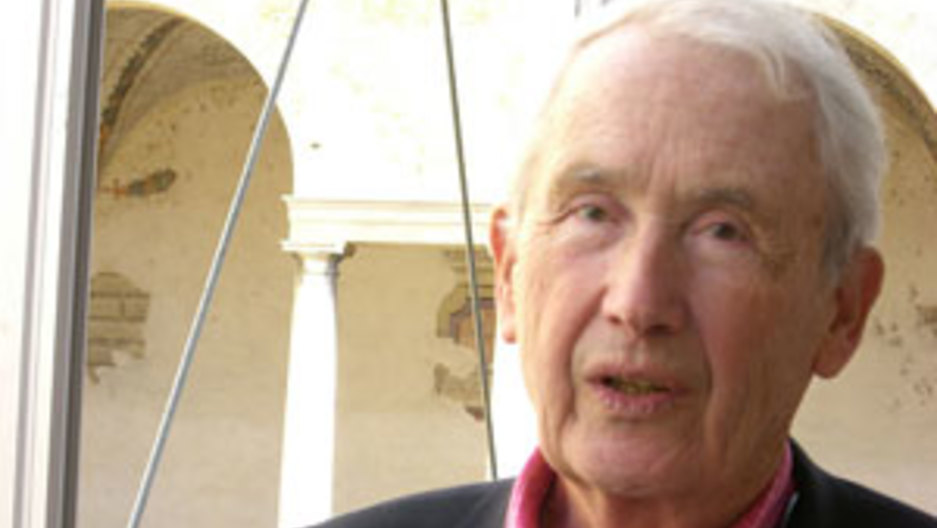 Frank McCourt died on July 19 at the age of 78.  The book that made him famous was the Pulitzer Prize-winning, heart-wrenching memoir "Angela's Ashes."

McCourt was born in Brooklyn, but his family returned to Ireland, to Limerick when he was a boy.  There was nothing at all sentimental about the old country in McCourt's telling.  It was hunger, disease, a drunken father.  "Angela's Ashes" is the story of his escape from that nightmare, and as a boy, always dreaming about returning to New York City.

He joined "Studio 360" in 2002 on stage at the Museum to Television and Radio, and proposed a new parenting philosophy: "Give children nothing."

"American children get everything, and they get it immediately.  They want it now," says McCourt.

"So, I am developing a new philosophy called 'denial.'  I might even write a little handbook about it,  'Give Them Nothing,' and hand it out at F.A.O. Schwartz, because kids in the old days, during the Depression, used to dream about getting a bicycle.  Or rollerskates, or something like that.  What it boils down to is the longing is something unfulfilled.  The dream is something that's possible of being fulfilled.  I think this is what the children nowadays have been denied -- the dream."

McCourt went on to detail how he honed his storytelling skills as a youngster.  "There was nothing, so we would sit around the fire.  When you look into a coal fire, it has all kinds of shapes and images, and you see faces, and you see little mountains.  And when my father was here telling us a story, or something, he used to make up stories.  He made up fantastic stories; he should have been working for Spielberg or something like that.  And we learned from that, that you entertain yourself.

"When I was teaching in high school, I used to listen to my students come in in the morning talking about what they watched last night, or what they listened to last night.  We talked about what we did."