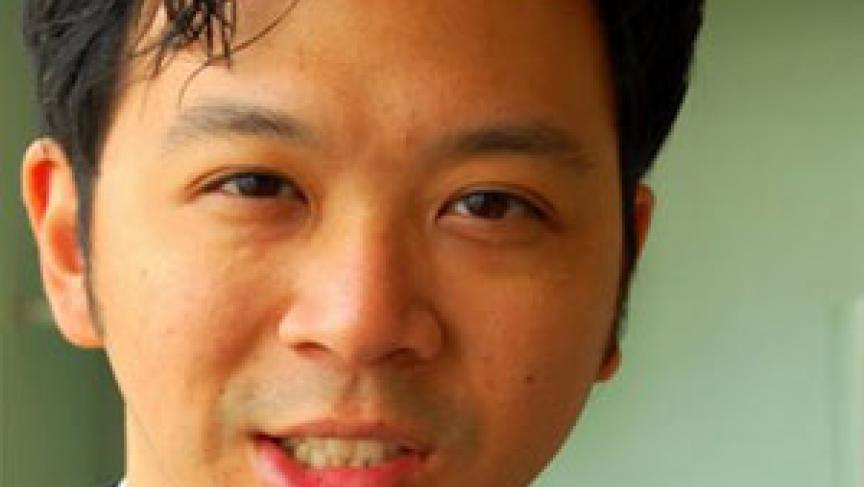 Julian L. Wong is a senior policy analyst with the Energy Opportunity team at the Center for American Progress.

Julian L. Wong is a senior policy analyst with the Energy Opportunity team at the Center for American Progress. In an interview on "The World," he says China is quickly ramping up its efforts to increase energy efficiency, and in some ways, is ahead of the US when it comes to renewable energy and global warming initiatives.

Wong is online at "The World" Science Forum for a week to take your questions and comments about China's new energy initiatives and implications for renewable energy technology and global warming -- go there now to join the online discussion.

China burns more coal than any other country. It also leads the world in solar energy construction. So is China a global warming villain or a global warming hero — or both? Wong says it's currently both, but China is quickly moving towards energy efficiency and renewables.

"We're really talking about the priority policies of the nation ... ambitious targets of energy efficiency and renewable energy," said Wong. "In energy efficiency, they have set a target of reducing their energy intensity by 20 percent from 2006 through 2010 ... if they meet their target in 2010, of this 20 percent reduction, that will result in over a billion tons of carbon dioxide reduced ... this is a very significant policy, probably the most ambitious policy in the world in terms of energy efficiency."

China is also ambitious in its renewable energy goals, says Wong, "I don't want to give the impression that there aren't persisting and deep-rooted systemic problems in China's energy infrastructure. They still are heavily reliant on coal, and will probably continue to be so in the future. But they've taken extraordinary steps. They've set an ambition to produce ten percent of their electrical needs by renewable energy sources by 2010, and that percentage will go up to 15 percent, maybe even 20 percent by 2020. And this has stimulated a whole lot of investment in the wind sector, and now we're seeing the solar sector is starting to bloom as well."

China is in a time of great transition, according to Wong, "China's industry had been heavily reliant on the energy-consuming sectors such steel, aluminum and cement, which are not great for the environment. But now, they realize that these industries are industries of the old, and it's time to embrace and seize the economic opportunities that come with clean energy jobs.

"I think it's too early to assess the success of China's about-turn, I think it will come, but we can't expect that to change overnight. You have to understand that its energy structure is 80 percent reliant on coal."

Wong sees the differences between the leadership in China and the US as another example of how China may be edging ahead of the US when it comes to renewable energy and global warming:

"The current leadership of China, they have embarked on a new strategy of growth which they call scientific development. And I think that very much reflects the understanding that there is the need to adapt traditional development models, based on the science of economic impacts on the environment, and to adjust this pattern to be a much more smart and sustainable one. It really seems like the current government in China really gets it.

"In contrast, in the United States, in the past eight years we've been denying the science of global warming, and sitting on the sidelines while all these countries roar ahead in the new energy technology sectors."

Wong is online at "The World" Science Forum for a week to take your questions and comments about China's new energy initiatives and implications for renewable energy technology and global warming -- go there now to join the online discussion.