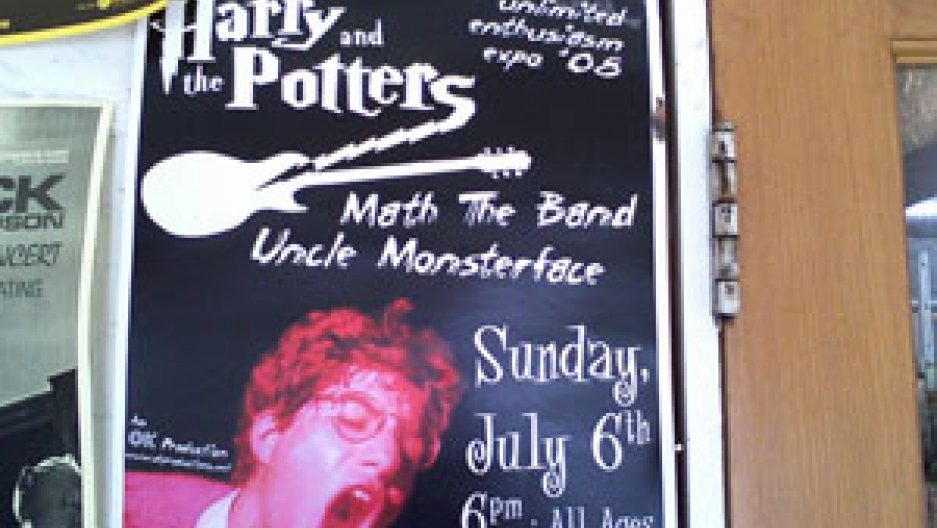 Josh Koury is a filmmaker whose film "We Are Wizards" explores the hugely popular underground music scene called Wizard Rock. It's all part of the enormous subculture created by fans of the Harry Potter books.

On "To the Best of Our Knowledge," Koury talked with Anne Strainchamps about the bands, the music and other ways kids bring the Potter world into their lives.

"The first people we met were a group called Harry and the Potters that actually started in 2002 ... through their popular music they spawned a whole generation of new people who are doing that, "said Koury. "And there's probably 300 or 400 wizard rock bands out there right now, which is kind of incredible."

The bands' repertoire comes from the perspective of the characters the band represents says Koury, "If you take [the band] Draco and the Malfoys, Draco Malfoy in the books is the evil, opposite of Harry in the student world."

A verse from a Draco and the Malfoys song:

According to Koury, the bands have enormous fan bases, "Especially with some of the top players. They're all on MySpace -- that's generally how they're networked, and Harry and the Potters has maybe 100,000 plus friends ... incredible networks. They go on tour, and just as an example ... at the last book release, they played in Harvard Square and had 30,000 plus people at that show."

The Harry Potter fan culture is also expressing itself through YouTube serials, film and online communities.

Koury says the culture is creating an army of creative intellectuals, "Unlike some of the other cultures that have existed in the past, this isn't something that happens in your basement, in front of your computer at all. This is empowering kids to not only create work, but then also get out on stage and sing songs, and be out on the road and taking it on tour."

Watch a trailer of  "We Are Wizards":