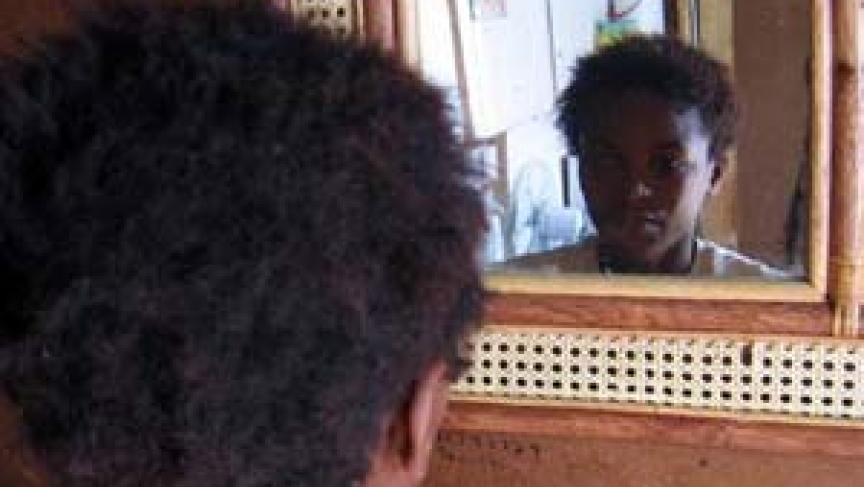 Thembi Ngubane was diagnosed with HIV when she was a teenager in South Africa, living in a Cape Town shantytown. People didn't talk about AIDS where she lived, and neither did Thembi at first. Radio producer Joe Richman gave her a tape recorder, and told her that her story was worth documenting. Her audio diaries were first broadcast on public radio, then around the world.

Her dairies began with Thembi talking to her virus: "Hi, this is Thembi. It's time for my prayer. Every morning when I wake up, I run up to my drawer, take out my mirror and look at myself. I say, 'hello HIV, you trespasser. You are in my body, you have to obey the rules. You have to respect me, and if you don't hurt me, I won't hurt you. You mind your business, I'll mind mine, and I'll give you a ticket when your time comes."

On June 5th, 2009, Thembi died, at age 24, of complications from AIDS-related tuberculosis.

"Here and Now" talked with Thembi and Richman about her diaries in April 2006.

In the interview, Thembi explained why she decided to begin each day with that morning prayer to the virus that invaded her body: "I was sick and tired of getting angry at other people for no reason ... while the important thing that I was fighting with was my HIV. So I just thought that I need to tell the HIV ... so I thought that just because I don't know how it looks like ... I know that it is my blood. I felt better when I'm looking in the mirror-- I felt that I could see it through my own skin, I could see inside me, I could see it. So I came up with this mirror so I could talk to it, and ... I think it is behaving."

She also talked about why she agreed to do the radio diaries: "Well, I think ... it was my duty to speak out and also to warn other people because I saw what it did to my old boyfriend by keeping quiet. I felt like it was best to talk about HIV and AIDS more openly."

It wasn't always easy for Thembi to make the recordings. At one point, months had passed before she recorded an entry: "The reason that I didn't record was that I didn't want to hear my sick voice. I didn't want people to see me like this and hear me like this. I couldn't even look in the mirror. The way that I looked, my face was sort of becoming bones, you see ... and my eyes were kind of big. And I was shaking, I couldn't walk -- all the things I thought would never happen to me.

"My mother showed up; when she came into the house, she kind of stared at me ... and said, ' my child, why are you like this?' I just looked into her eyes, I was really afraid ... and I said I don't think I'm going to live for long."

According to Thembi's AIDS Diary, she carried a tape recorder from 2004 to 2005 and documented her life. Her story aired on NPR in the US, and in the UK, Australia and Canada, reaching more than 50 million people.