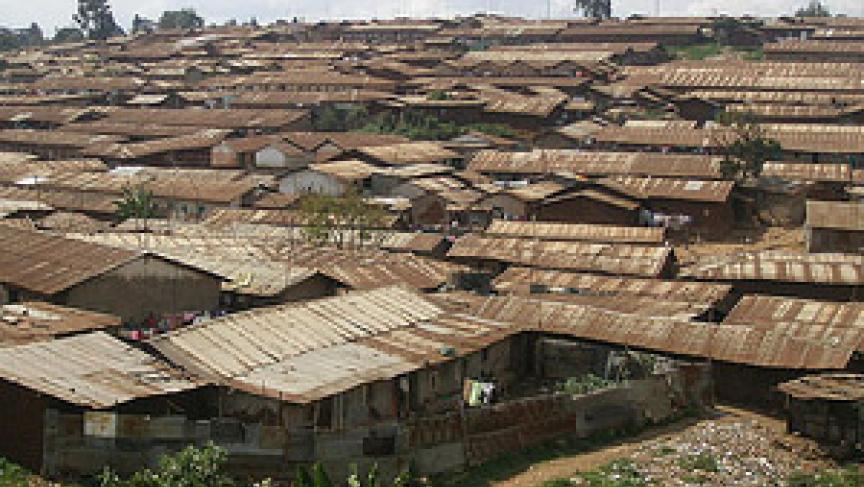 "The World's Andrea Crossan" filed this report from Nairobi.

The World Health Organization has reported that the H1N1 swine flu virus has now sickened just shy of 60,000 people. That’s the number of confirmed cased worldwide. Of those, fewer than 10 are in Sub-Saharan Africa. Yet the US Centers for Disease Control and Prevention fears Africa could be hit hard by the pandemic.  The CDC watches for new diseases in Africa, and it’s keeping a close eye on the continent’s crowded slums.

Africa’s largest slum is a place called Kibera. More than a million people live in this shantytown on the edge of Kenya’s capital.  It’s a sprawling area of open sewers amid a sea of tin roof shacks.  Inside one shack, Yunus Mohamed interviews a young mother. Mohamed asks in Swahili if anyone in the household has been sick in the past two weeks. Mohamed is a community interviewer with a program run by the CDC and Kenya’s Medical Research Institute.

There are seven family members at this residence. They live together in two rooms. One of the children has a cough and a fever. Mohamed takes the girl’s temperature. The girl was tested at the hospital. She has a seasonal flu. The program Mohamed works for provides medical care for residents, but he is not here to treat the family’s illnesses. He’s here to collect data to help monitor for new diseases that may be spreading through the community. It would be hard to find worse conditions for good health.  There is no running water and few here have access to electricity. The slum is an incubator for illness.

Dr. Robert Breiman heads the CDC’s Global Disease Detection Division in Kenya. Right now, his team is watching closely for swine flu: "In places where people are crowded into cramped quarters, and there are issues of sanitation and hygiene, the potential for a virus to be moved easily from person to person is larger. "

"We’ve even seen evidence of a rise in seasonal influenza which we see every year.It moves through a community like Kibera within weeks instead of months or longer.  So if you had some sort of doomsday pathogen that’s particularly harmful introduced into a place like this, the potential to spread to endanger other communities, and it’s one of the reasons we are doing this work in a place like this."

Now, swine flu has not turned out to be a doomsday pathogen. So far, it has generally caused mild illness around this world. But in Kibera, more than 10 percent of adults are HIV positive.

And Harvard epidemiologist Marc Lipsitch says the disease could look very different among those with HIV.: "One reason to be concerned about that is that HIV positive people are at much higher risk of bacterial pneumonia, especially pneumococal pneumonia.  Those pneumonias are often secondary complications of influenza infection as well."

Lipsitch says it’s critical that medical workers keep an eye on how swine flu behaves if it arrives in a place like Kibera. The crowded conditions and poor health services might provide an environment where the virus could mutate in dangerous ways.

"There is definitely concern that this virus could become more virulent.  Whether the vulnerable populations will be the locus of that is a complete unknown.  I do think that the concern about either to virulence or to drug resistance or both are very serious ones and need to be monitored closely."

The CDC is monitoring closely for any signs of swine flu. But CDC worker Yunus Mohamed says it can be hard to spot a new disease in a place where every day he sees serious symptoms:  "Coughing, difficulties in breathing, pneumonia, diarrhea, yellow fever, yellow eyes, fever."

Mohamed says swine flu is a serious concern -- but in a place where malaria, tuberculosis, and AIDS are rampant, it’s just one more disease to worry about.  For The World, I’m Andrea Crossan, Nairobi, Kenya.

Andrea Crossan traveled to Kenya on a fellowship from the International Reporting Project at John Hopkins University.