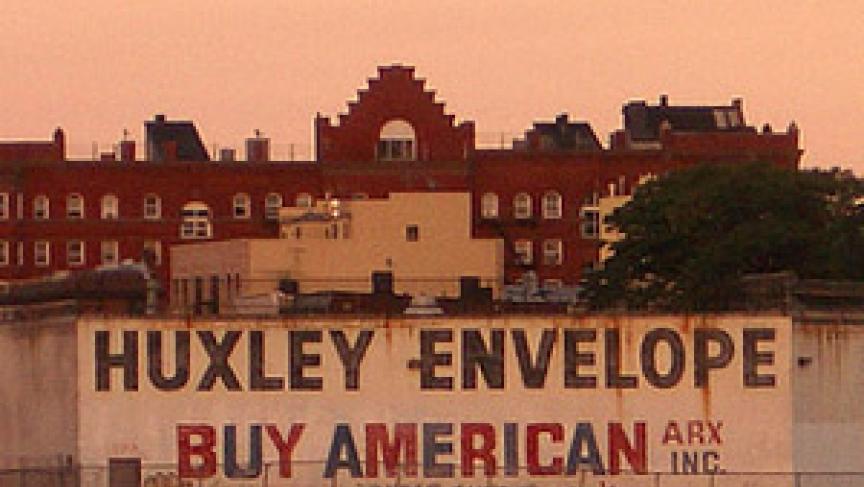 Mexico took a big risk in 1989 when it joined the US and Canada in the North American Free Trade Agreement, NAFTA. Since then exports to the US soared. Per capita income went up by 50%. Then came the financial crisis and recession. That meant fewer sales to the US and fewer jobs for Mexicans. Now there's fear of a "Buy American" trend by US states and cities.

"The World's" Lorne Matalon filed this report from Mexico City.

Javier Perez Olagary is head of the Fandelli Sandpaper Plant in Tlalnepantla in the state of Mexico: "We have three of these machines. This is the smallest one. This is not working due to the decrease in production that we're experiencing right now."

Olagary is the third generation to head the family owned company. Fandelli manufactures high quality sandpaper for industrial and retail clients. It employs 700 people at four plants in Mexico. Twenty five percent of production is exported to the United States. But right now sales are down.

Olagary believes his US clients are buying at home rather than in Mexico: "One third of the decrease that we have may be connected with the Buy American policy. And I think I understand the countries that have an economic policy that they try to protect their manufacturing sector. And I would like to have our government have a more active role in defending the Mexican manufacturers."

In other words he says go to the courts in the US where Mexico has won victories over the US under the legal procedures spelled out in NAFTA.

Olagary: "When you have downturns, economic depression that we are having now, this is an issue you have to deal with – the increase in protectionism that some governments do."

Economist Eduardo Garcia: "From a regional perspective we were meant to be working together and this seems to be drifting out of that framework."

Garcia doubts the Buy American program can do much damage to an already reeling Mexican economy. The recession is already choking demand for Mexico's exports.

Garcia also doubts American consumers will change their buying habits: "You have a certain amount pride yes but to what degree are you going to buy a product that is much higher in price just because you feel certain nationalism. Yeah it might work for a little while but not for the long term."

The president of the Mexican Manufacturers Association isn't so sure. Miguel Maron represents 47,000 Mexican companies. Maron says the Mexican government should respond by purchasing 65% of everything it buys on products made in Mexico. He doesn't want a trade war with the US but he says the US reaction to retreat under its shell like a tortoise is misguided.

Maron [Speaking Spanish]: "It is one thing for the US to say buy USA made products. We understand that sentiment here in Mexico, but it is an entirely different matter when the US forces American towns and local governments to buy only US made goods and services because that is against the principle of free trade between the US and Mexico."

In Canada numerous towns have retaliated to Buy American baring US companies from bidding on municipal contracts, the first shot perhaps in a wider campaign that could shut US companies out of billions of dollars worth of Canadian projects. That kind of campaign could not work here. Mexico with a manufacturing base that doesn't meet domestic needs depends on imports far more than the US or Canada.