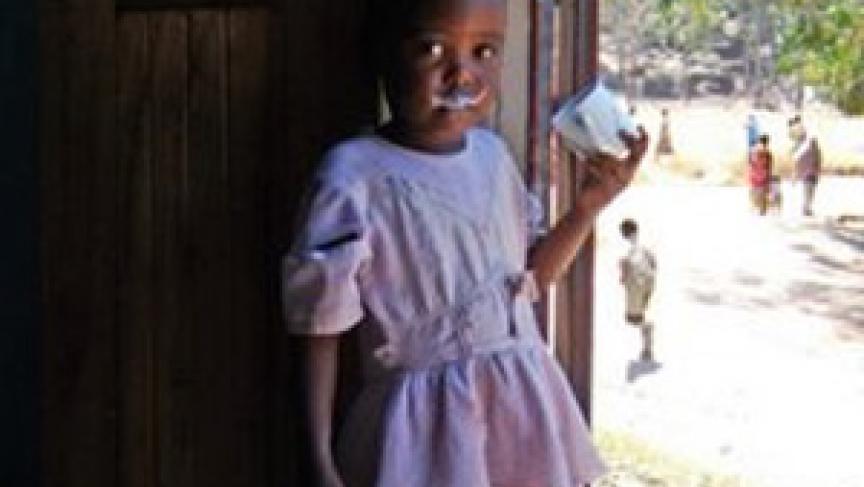 HIV is sometimes referred to as a disease of the gut because of the voracity with which it attacks a victim's gastrointestinal tract. As researchers look at ways to limit the disease's affect on the body, a simple, stomach soothing solution came to mind: yogurt. More precisely, yogurt infused with friendly bacteria.

Scientist Gregor Reid joins "The Takeaway" to talk about his work with HIV patients in Africa. There, in Tanzania, he has helped teach a group of "yogurt mamas" how they might serve up disease protection one cup at a time:

"The university has a group of volunteers who are very interested in trying to help the plight of people, particularly in Africa, with HIV Aids ... and of course yogurt is not going to cure aids, we don't even really know the extent to which it helps immunity yet, although we have some suggest research that it does help immunity; but the bottom line is many people don't get access to food, and certainly don't get access to antiretroviral therapy, so our idea was: Could we provide a nutritious food that helps quality of life, in a community that was extremely poor and struck by the HIV Aids epidemic."

Reid says the bacteria in foods like yogurt can do a lot of things that can help us: "So for example, if you have HIV Aids in Africa, the chances are you have what we call "leaky gut." And studies have shown, for example here in Toronto, that if you give these organisms, they essentially help seal the gut so it doesn't leak as much. Ninety percent of HIV Aids patients suffer from diarrhea, and these organisms help to alleviate that, and in some cases is prevented it.

"So in terms of quality of life, we shown that fatigue, tiredness -- when you can't eat or when you're not absorbing the food -- then you get tired, you don't feel like working ... we are studying the mechanisms where these organisms do in fact help the gut, and it's the gut where we're focusing through the food."

For more information, head to the pilot yogurt program's website, Western Heads East. Read more about the group, as well as other probiotic research, by checking out the article, A cultured response to HIV, in the June 2009 issue of the journal Nature Medicine.