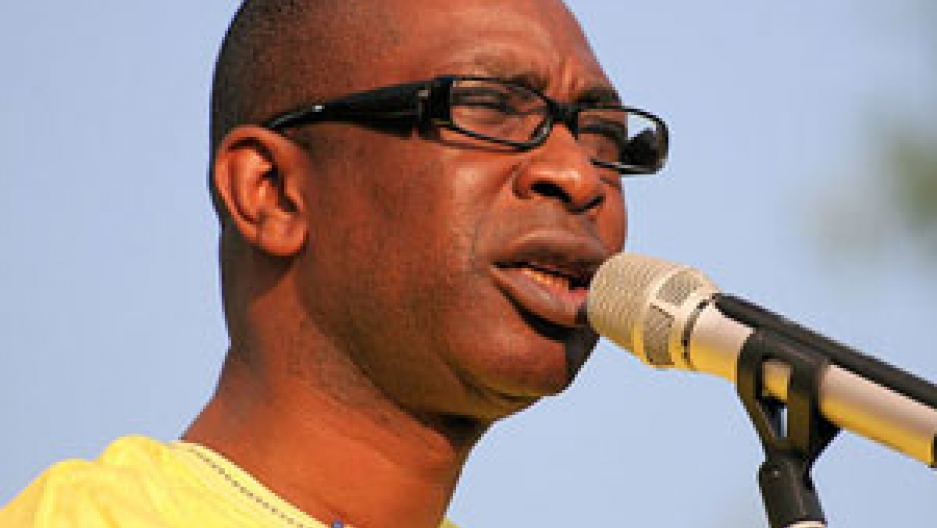 Senegalese pop star Youssou N'Dour is the top-selling African musician of all time.  In the West, he is famous for his song "Seven Seconds" with Neneh Cherry, and for his collaborations with Peter Gabriel.  He invented his own style of music, called Mbalax; it is a mix of traditional Senegal Wolof drumming, West African-rooted Cuban sounds, and American soul.

A devout Sufi Muslim, N'Dour moved away from the raucous sounds of Mbalax to make an album about his faith.  The album, called "Egypt," has raised more than a few eyebrows around the Muslim world.

Filmmaker Chai Vasarhelyi followed Youssou N'Dour after the album came out.  She made a documentary about it called, "I Bring What I Love." chronicling his Ramadan tour in film.

There is some background on why Vasarhelyi produced this film.  "When I set out to make the film, I was interested in presenting an uplifting image of Africa, and I thought that the music was one way to do that.  When I met Youssou, and first heard him perform, I mean, it's kind of life changing, his voice.  It is like a life affirming experience to hear Youssou N'Dour sing.

Vasarhelyi was not content to pursue the film as another biography entry.  She pins her decision to make the film on the first play of N'Dour's "Egypt" album.  "It was not long after 9/11, I was frustrated by what was happening in the world, I felt like my own voice could not be heard.  And here was an artist standing up for what he believed in, and was celebrating a peaceful and beautiful and tolerant Islam.  I thought that was a message and a story that had, had to get out there.  It was the most important thing I could do.  So, I thought we had to make this film."

When the album first came out, there were some obstacles N'Dour had to overcome.  Some radio stations refused to give it airplay.  The tour in support of the album started during the month of the obervance of Ramadan.  A scene in the film takes place at a Dublin club; the emcee went out on the stage and had to explain to the crowd that the musicians were hesitant to perform where alcohol is being served, and asked that they finish their drinks before the performers took to the stage.

This album was deeply significant for Youssou because it was a way that he was able to build bridges between his own traditions, his own faiths, rooting himself deeply in his African Griot traditions and roots, but also, for the first time, really singing very openly about his Sufi faith.