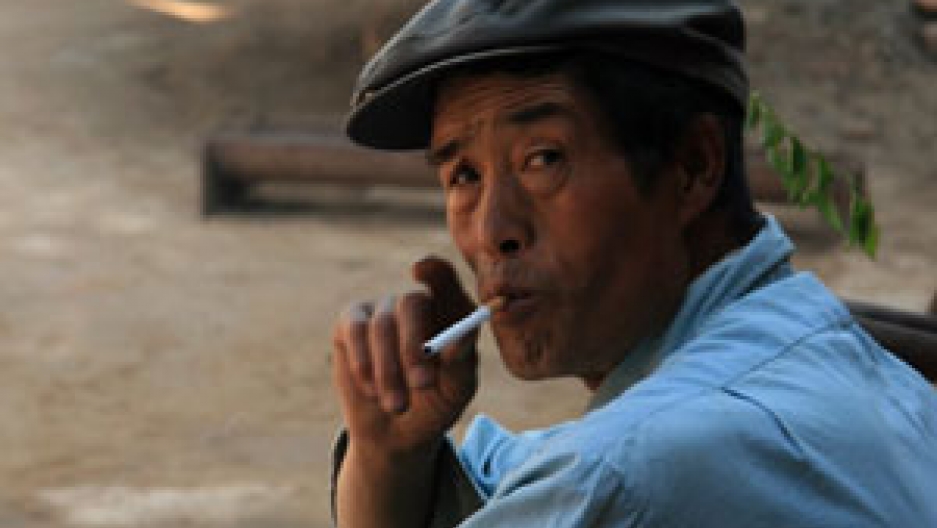 LISA MULLINS: Authorities in one part of China aren’t just saying, "Thank you for smoking." They’re ordering people to light up.

MULLINS: All right. There are a lot of questions to ask "The World’s" Mary Kay Magistad. Where is the order coming down from – at least the local government that tells local Chinese people, "you must smoke."

MULLINS: Per school? So they’re encouraging school kids to smoke?

MAGISTAD: Well, they’re encouraging schools as a whole to go through cigarettes. Now, whether this is teachers, or whether its high school students or whatever, they don’t really specify.

MULLINS: And not only are you required to smoke your quota of cigarettes, you have to be smoking the locally made cigarettes?

MAGISTAD: In fact, this article that appeared in the local Hubei paper quoted a school teacher as saying that a couple of local officials came by, looked in his ashtray and in the trash cans, and they found three cigarette butts that were not a local brand. So they went to the school authorities and they said, "This is against the regulations. We’re going to have to fine you a thousand Kwai." Now, a thousand Kwai is about $150 dollars. That’s more than the average factory worker for sure makes in a month. And the school authority said, "Please. We won’t do it again." And they’re like, "Okay. We’ll let you off this time, but next time you have to be smoking local cigarettes. We’re going to be coming by every month to be sure you do. And if you don’t smoke enough of them, we’re going to deduct from your budget the equivalent value of the cigarettes you should have been smoking. "

MULLINS: So they’re doing this as a budgetary move, saying, "You have to smoke these locally made cigarettes in order for us to keep our budget up." How come the budget is down? I mean, aren’t people there just naturally smoking less?

MAGISTAD: It’s not really clear from the article in the Hubei newspaper what’s happening, although it is mentioned that locals have been smoking cigarettes from outside of the county and outside of the province. A lot of these locally made cigarettes are pretty rough, pretty low quality. So when people have a little bit of extra pocket change, they tend to try to trade up and get something that you know, tastes better when they smoke it.

MULLINS: Okay. So here we have a case where the local government in this one province is telling people, "You must smoke our local brand," but the central government, if I’m correct, has been warning people about the dangers of smoking and has even put one of those warning, health warnings on packs of cigarettes that are sold there. So it seems like there is some kind of inherent tension between the local and central government. How is that expressing itself there?

MAGISTAD: Well, certainly there is. And for years, probably more than a decade, the World Health Organization has been saying, you know, "Look. A third of Chinese men are going to die prematurely because of causes due to smoking." And 60 percent of Chinese men still smoke, about 4 percent of women, but the number is increasing and advertising that does exist for cigarettes is targeting women these days. Basically, the central government knows its not good for their citizens to smoke. But at the same time it also knows that as much as 10 percent of China’s tax revenue comes from tobacco, that many local provinces depend on tobacco for their revenue. So it kind of has it both ways – it lets the provinces do what they need to do while telling its citizens, "But you know this really isn’t good for you."